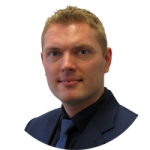 On 8 December 2017, senior executives and the former CEO of cement and construction company LafargeHolcim were formally charged with “financing a terrorist organisation” and “endangering the lives of others” by French prosecutors. The charges form part of the ongoing investigation into the company’s legacy operations in Syria. LafargeHolcim is accused of having funded terrorist groups, including the so-called Islamic State (IS or ISIS), which would make it complicit in human rights violations. As the company faces the full legal and reputational ramifications of these allegations, investors are asking how they can pro-actively identify and manage human rights-related risks in their portfolios.

Background on LafargeHolcim and its Syrian operations

Born from a merger between Lafarge and Holcim in 2015, LafargeHolcim is one of the largest building materials companies in the world with over 90,000 employees in 80 countries. In 2007, then Lafarge acquired a cement plant that was still under construction for USD 680 million in Jalabiya, Northeastern Syria. The plant started operations in 2010 and, according to the company, it provided one of the few sources of meaningful employment to the surrounding communities in addition to providing cement for roads, businesses and other infrastructure projects. After the Syrian Civil War broke out in 2011, Lafarge faced unparalleled challenges as it chose to continue operations despite the conflict. Many other companies felt the security risks were too great and ceased their activities.

The cement plant’s operations were regularly disrupted and clients and employees were harassed by armed groups vying for control of the surrounding area. An internal investigation by LafargeHolcim found that it was during this time that payments were made to intermediaries to negotiate with these groups. The company claims this was done out of fear that direct contact with these groups would increase the risk to employees as well as potentially provoking the wrath of other armed groups or the Syrian government. However, NGOs dispute this claim, arguing that the company wanted to continue benefitting from the rising cement prices caused by the conflict. Evidence collected by NGO Sherpa and the European Center for Constitutional and Human Rights (ECCHR) allege that Lafarge entered in an agreement with ISIS to pay for passes and even buy raw materials, such as oil and pozzolana, from ISIS-controlled territory.

The company claims it finally evacuated the plant in September 2014, but, according to former employees, it was taken over by ISIS and they had to flee themselves without assistance from Lafarge. In June 2016, the story broke when an article in French newspaper Le Monde alleged that Lafarge had “indirectly” and “perhaps unwittingly” funded ISIS for over a year in 2013 and 2014. Prior to this, many investors may not even have been aware of the severity of the risk that LafargeHolcim would be complicit in human rights violations.

The risk of operating in high risk countries

Despite the limited amount of publicly-available information at the time, LafargeHolcim has been on Sustainalytics’ radar for several years through our country involvement research. As part of our newly-developed Human Rights Risk Monitor, we now track company involvement in 14 countries and regions where there is a particularly high risk of companies being complicit in human rights violations. This includes conflict areas, such as Syria, but also disputed territories and authoritarian states where human rights abuses are rife.

The LafargeHolcim case is highly relevant, because it highlights the importance of this kind of research, which applies a special lens to companies’ involvement in these fragile regions. When operating in such contexts, companies are exposed to a much greater risk of inadvertently, or even unknowingly, being complicit in human rights violations – be it through staying silent in the face of systematic human rights abuses, benefitting from violations or even financing human rights violators.

Should investors be concerned?

As shown by the Lafarge example, exposure to possible violations of human rights and international sanctions can have severe implications for the company and its investors. The controversy resulted in the resignation of LafargeHolcim’s CEO. Moreover, in addition to raiding the company’s Parisian offices, Belgium authorities also raided the office of its main shareholder GBL.

It would be easy, but unwise, to dismiss the LafargeHolcim case as an anomaly. We have identified 86 public companies – with a cumulative market capitalization of over USD 3.3 trillion – at risk of being complicit in human rights violations in the 14 countries and territories we track as part of the Human Rights Radar.

(The choice of territories is based on client demand. Sustainalytics does not take a position on the definition or politics of disputed territories.)

The risk of complicity is even more pronounced for certain industries, such as defence and mining. According to our research, the mining industry, for example, can be linked to human rights violations in at least four of the 14 countries and regions we track. Notably, in Eritrea, Somalia and the Central African Republic, authoritarian regimes and militant groups rely on the revenues generated from resource extraction, and so-called “conflict minerals”, to oppress local populations. Also, working conditions in this particular sub-industry are often so poor that it can be considered tantamount to forced labor.

According to the UN Guiding Principles on Business and Human Rights (UN Guiding Principles), companies operating in high risk contexts have an increased responsibility to have robust human rights policies and due diligence processes in place. However, our analysis shows that the majority of companies that have activities in fragile countries and territories are, according to the available evidence and disclosure, unprepared to deal with actual and potential human rights impacts and complicity risks.

How strong are the human rights policies of companies operating in high risk countries? (In percentages, n=86)

What can investors do to manage human rights issues?

There is a lot of excellent material available for investors. In recent years, we have seen investors increasingly reference international standards, such as the UN Global Compact, the UN Guiding Principles on Business and Human Rights and the OECD Guidelines for Multinational Enterprises (OECD MNE Guidelines).

In 2017, the OECD published the Responsible Business Conduct for Institutional Investors. This guidance document explains how institutional investors can apply the OECD MNE Guidelines. One important guideline worth highlighting is their recommendation that investors screen for actual and potential links to adverse human rights impacts in their portfolios as part of their due diligence process. This is an important contribution, because it draws a direct link between the investor and the human rights violations of the companies they are invested in. The OECD guidance also suggests investors take a risk-based approach, focusing on the scale, scope and irremediable character of human rights violations, as defined by the UN Guiding Principles.

According to these international guidelines and documents, investors have a responsibility to engage with companies at risk at an early stage. For example, as part of their due diligence, investors could ask companies to be more transparent about the actions they are taking to mitigate risks. Moreover, investors can urge companies to work with international organizations and local government agencies to understand and safeguard their operations against complicity risks.

Under the UN Guiding Principles, companies have a responsibility to prevent or mitigate adverse human rights impacts when they are “directly linked to their operations, products or services or by their business relationships”, even if they do not directly contribute to such impacts. At the centre of this responsibility, companies should, according to Principle 15, conduct human rights due diligence to identify, prevent, mitigate and account for impacts on human rights. In conflict-affected, disputed and authoritarian countries, the potential for adverse human rights impacts with salient risks to people are significant. Consequently, companies operating in these contexts have a heightened responsibility to have robust human rights policies and due diligence processes in place.

How can Sustainalytics help?

Sustainalytics is able to advise investors looking to develop, or refine, their human rights policies in addition to providing a number of research solutions. Our Controversial Weapons Radar identifies companies involved in weapons with a disproportionate and indiscriminate impact on civilians; our Controversies Research can help you identify and understand company involvement in controversial activities and the Global Compact Compliance Service identifies companies in breach of the UN Global Compact Principles.

We have also recently finalized the research for the Human Rights Radar. Developed with input from leading responsible investors the product aims to capture the nuance and heightened complicity risks associated with operating in some of the world’s most fragile regions.

Please Get in Touch to receive updates about the Human Rights Radar or to learn more about this research.