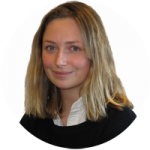 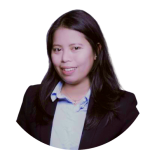 The Economist named 2019 the year of the vegan; however, veganism is one part of a much greater trend away from animal proteins. While vegetarianism also continues at a steady growth rate, it is the flexitarian – i.e. traditional meat eater who makes a conscious effort to reduce their meat intake – that is having a notable impact on the market. This has been further accelerated by COVID-19 and the disruption to the fresh meat industry.

Traditionally, animal welfare has been a primary driving force behind people’s adoption of a vegan diet. However, in recent years the strong shift towards an animal-free diet has been spurred by increasing consumer concern over the environmental impact of the agricultural industry and by those in search of a healthier diet. The flexitarian trend has been encouraged by movements like Veganuary and meatless Mondays. In the UK, one in three (34%) deemed themselves as flexitarian in 2018, up from 28% in 2017[i], while two-thirds of Americans are reported to have cut back their meat intake[ii].

People give a variety of reasons for eating less meat

The vegan market has seen exponential growth in the past few years. In 2019, the global vegan meat market reached a record USD19.5 billion in sales[iii] and is predicted to grow to USD24.3 billion by 2026[iv]. Traditional dairy products have also been challenged by growing demand for plant and nut-based alternatives such as oat milk. Cargill, one of the largest players in the agricultural, livestock and processed foods markets, published ‘The Shifting Global Dairy Market’ white paper in 2018 and noted that global dairy sales were down 22% between 2006 and 2016, while plant-based milk sales had tripled[v]. The challenges of the dairy industry rang true as two of the largest US milk producers, Dean Foods and Borden Dairy Co., filed for bankruptcy in late 2019 and early 2020, respectively.

The shift in demand is a global phenomenon. In the United States the number of vegans rose from 4 million to 19.6 million over a three-year period (2014 – 2017). While China was reported to have a vegan population exceeding 50 million in 2014[vi] and is projected to experience the fastest-growing vegan market from 2015 to 2020[vii]. In 2018, Germany, the United Kingdom and the United States significantly outpaced other countries in terms of global vegan food and drink product launches and accounted for the highest percentage share (41%) (see chart below). The UK overtook Germany as the global leader in vegan product launches 2019[viii].

In response to the significant food trend, packaged food companies, retailers and restaurants are rapidly investing in and expanding their vegan offerings. The market is changing and here are some of the notable companies capitalizing on this new opportunity and one that is experiencing a negative financial impact because of this growing trend:

Vegan and vegetarian products are not new to the market; however, the recent wave of innovation in products that mimic the taste and structure of traditional meat and dairy products has been a game-changer as they capture the attention of carnivores. It was this innovation which perfectly placed the likes of Beyond Meat and Impossible Foods to fulfil the needs of meat-eaters when the meat industry took a hit during the COVID19 outbreak. The pandemic ripped through the meatpacking industry, due to the close proximately of workers on the assembly lines and poor occupational health and safety measures. As a result, worker walkouts and plant closures over health and safety issues led to a drop in fresh meat supply. The meat shortages resulted in higher fresh meat prices, which made for a competitive market, in which plant-based meat companies could give traditional meat companies a run for their money.

Plant-based meat innovation does not come without conflict[xxii]. In April 2019 the European Parliament’s agriculture committee approved a labelling proposal that would ban vegan/vegetarian food producers from using names traditionally used to describe meat[xxiii]. Terms such as burger, sausage and steak could only be used to describe products derived from animal meat. The proposal has been met with strong opposition by organizations such as The Vegan Society[xxiv] and Proveg[xxv], claiming the proposal goes against consumer rights, damages innovation in the plant-based market segment and is a blow to the sustainable food movement.

The growing consumer demand for plant-based products that are perceived as healthy and sustainable presents a profitable opportunity for food producers, restaurants and retailers. Companies weighted towards meat and dairy products, who fail to diversify or re-orientate their product portfolios not only miss the potential opportunity for revenue growth but risk declining sales volumes. This is why traditional meat and dairy companies are diversifying their product suite through acquisitions and new product launches, effectively hedging themselves against the risk of losing out to plant-based alternatives and thus reducing their exposure to the non-vegan market.

It is important to note that meat and dairy have played an integral part in feeding the world population to date, and it is difficult to imagine a world where this is not the case. Nonetheless, an impactful number of consumers want the taste and feel of meat and dairy products but without the health and environmental implications associated with them and this is particularly prevalent in developed markets. Therefore, food companies operating in these markets must adopt a pragmatic approach to veganism.