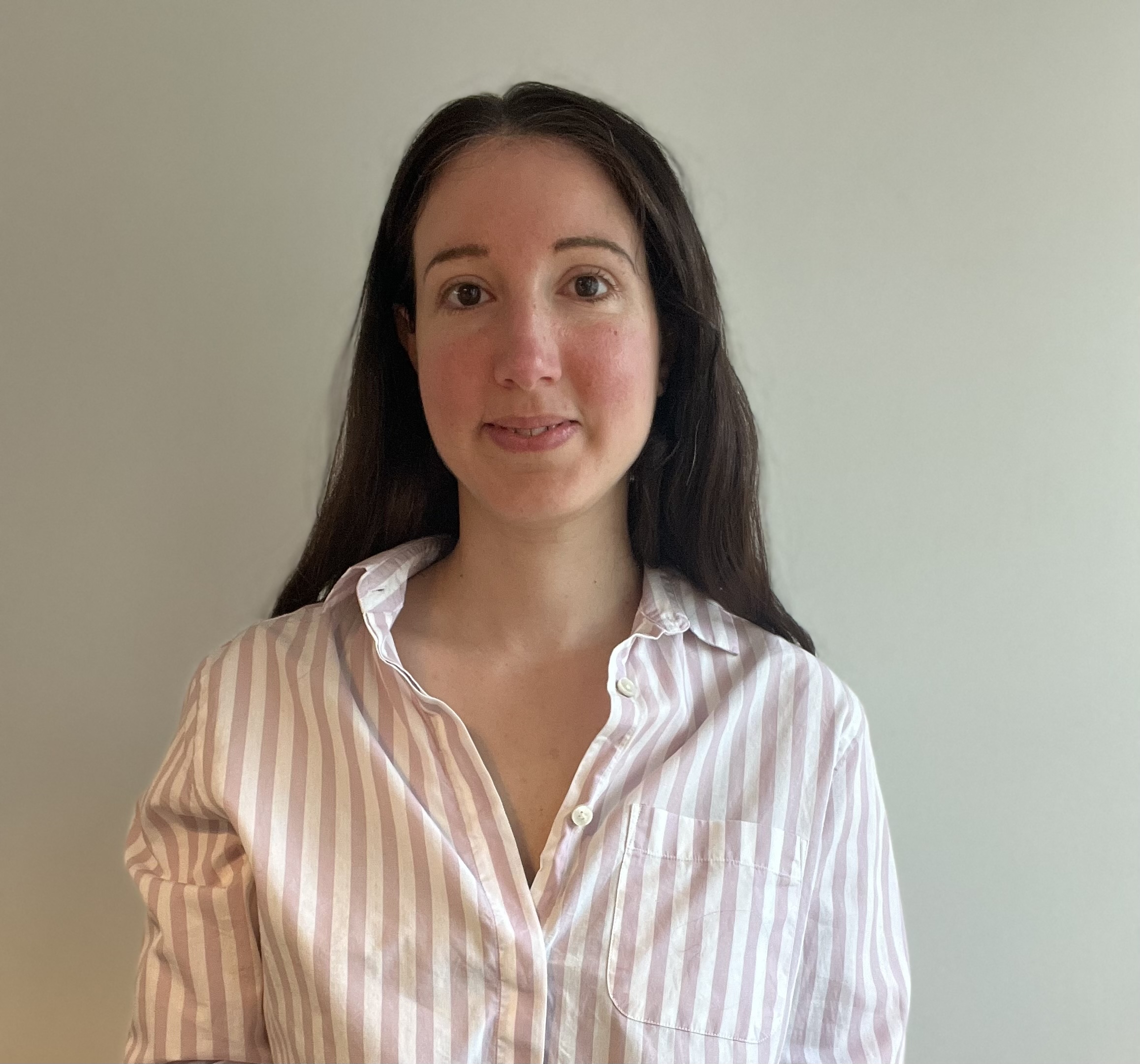 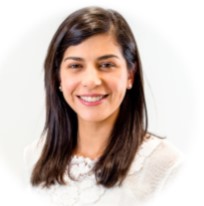 As the conflict in Ukraine continues unabated, various jurisdictions, including the EU, the US, and the UK, have deployed stringent sanctions and bans on Russian banks in an effort to limit Russia’s ability to finance its defence sector and war efforts. Investor interest in the banking sector remains high as the impact of sanctions unfolds. Based on Morningstar Sustainalytics’ research, total unmanaged risk has increased for both Russian and international banks with exposure to Russian clients. To what extent, though, have sanctions affected banks’ total unmanaged risk?

Sustainalytics’ ESG Risk Ratings capture the unmanaged risk at the corporate level. They were originally designed to work under “normal conditions” and may not always capture systemic shocks in the economy. To better capture these systemic events that are unpredictable and affect multiple sectors across a multitude of ESG issues, Sustainalytics introduced a new methodological component to its ESG Risk Ratings called the Systemic Event Indicators (SEIs). These two SEIs, namely Business Resilience Risk due to the Ukraine Conflict and Fallout/Repercussions of the Ukraine Conflict, provide a signal of the severity of the event in Russia and Ukraine for a company regarding its exposure to systemic risks. The Fallout/Repercussions SEI has been activated for seven Russian banks, considering the systemic risk they face due to the sanctions imposed on Russia and Belarus and their direct or indirect enabling of the conflict in Ukraine as state-owned entities.

The restrictions imposed on Russian banks, including asset freezes, transactional bans and debt and equity sanctions, represent their material business and reputational risks. They limit the banks’ ability to conduct business in numerous jurisdictions and their access to short- and long-term financing and capital in international markets. Moreover, they pose considerable reputational risks for Russian banks, triggering a decrease in investor confidence and future investments. Banks may also experience lower revenues and asset quality deterioration in the medium and long term due to the economic and social impacts of the sanctions on their clients and other Russian economic sectors.

In addition to the Fallout/Repercussions SEI, which affects a group of banks, Sustainalytics’ ESG Risk Ratings also assess the scope and scale of these restrictions at the company level through sanctions controversies. As a result, we downgraded the sanctions event indicator rating for seven Russian banks, considering factors such as their ownership structure, local and international presence, their main business segments, relevance to the local economy and financial market, and past involvement in sanctions incidents. The downgrades reflect the significant and, in some cases, high business and reputational risks that Russian banks face following the imposition of sanctions.

Exhibit 1 shows how Russian banks’ ESG Risk Rating scores were negatively affected by the sanctions after the Fallout/Repercussions SEI was activated, and ratings for the sanctions event indicator were downgraded. The new unmanaged risk scores ranged from 33.5 (high risk) to 52.1 (severe risk) and increased, on average, by 6% at the company level. Moreover, nearly 60% of the banks face severe unmanaged risk, with ESG Risk Rating scores above 40. 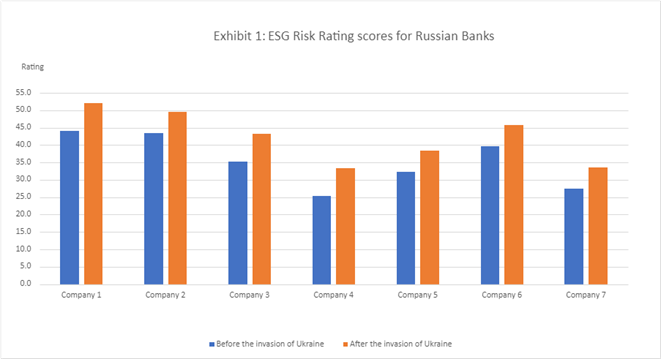 Source: Sustainalytics - Data as of March 2022

Meanwhile, international banks have also been affected by the sanctions. FinCEN has alerted international banks to be vigilant against efforts to evade the sanctions imposed on Russia.1 Although many international banks have announced their intention to withdraw from Russia and have strengthened their preparedness by regulating, tracking, and credit exposure reporting, business ethics risks continue to evolve. And the stakes are high. Historically, banks have paid significant fines for sanctions evasion (Exhibit 2). Compared to other types of ethical misconduct, these fines are among the highest and could exceed USD 1 billion in severe cases. 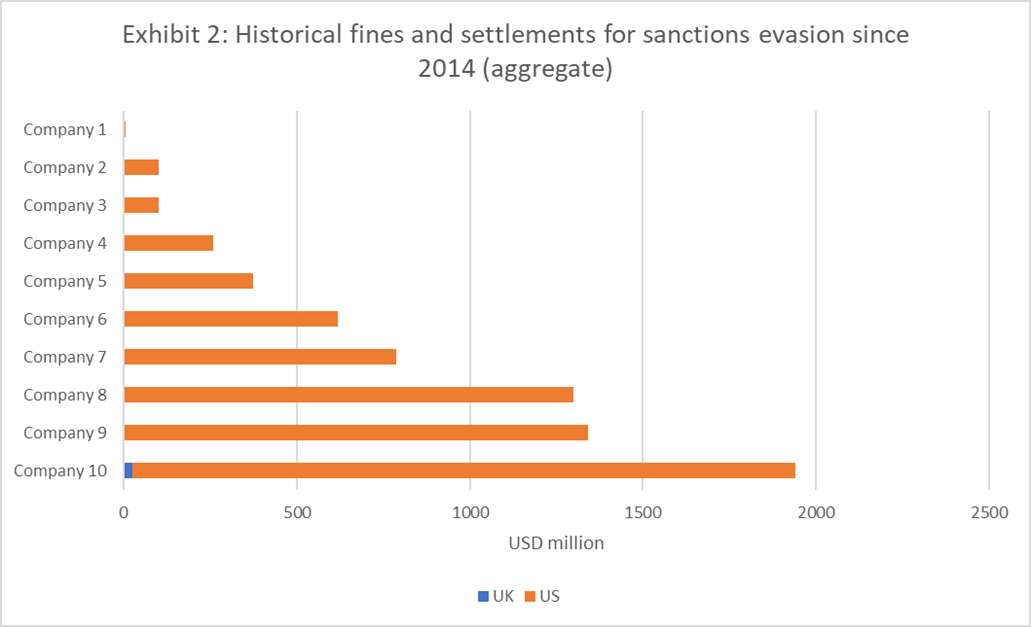 Source: Sustainalytics - Data as of April 2022

Sustainalytics estimates that exposure to business ethics issues has increased for 12 international banks, resulting in higher ESG Risk Rating scores (Exhibit 3). The scores have increased by 5%, on average. We have assessed banks’ exposure to sanctions evasion based on their business model, their importance for the Russian economy as domestic systemically important banks (D-SIB), and their track record in sanctions evasion and financial crime. In terms of track record, the analysis focuses on past incidents related to ongoing investigations into anti-money laundering (AML) and recent sanctions evasion and fines, with particular weighting on incidents related to Russian clients. Banks that are systemically important to Russia have recent sanctions incidents related to Russia’s annexation of Crimea in 2014, ongoing investigations linked to Russian clients, and recurring failures in AML and sanctions evasion have a higher probability of evading the newly imposed sanctions compared to peers. These banks face higher regulatory scrutiny than their peers due to their exposure to high-risk Russian clients as well as recent and recurring operational failures linked to AML and sanctions evasion. 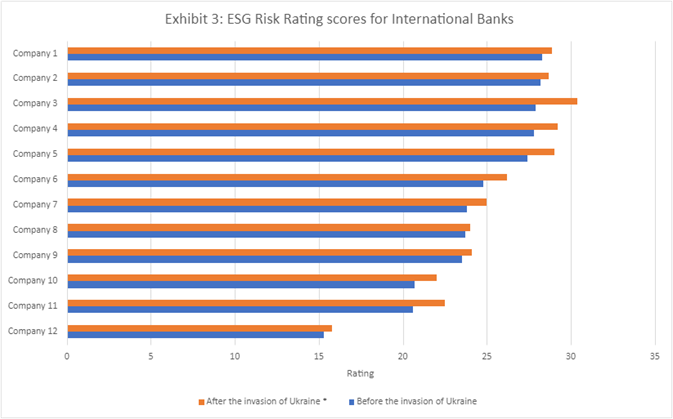 Source: Sustainalytics - Data as of April 2022

Consequences for Russian banks depend largely on the Russian central bank’s measures to maintain economic stability. Following the recent rating changes, Russian banks are facing the highest levels of unmanaged risk in the sector. In the short term, local banks could face higher borrowing and operational costs due to increases in local interest rates and any new financing or transactional restrictions. In the long term, a wider deterioration of the local economy could spill over to Russian banks' customers and affect their revenues and asset quality. Additionally, international banks considered systemically important in Russia could be forced to either write off their stakes in Russian branches or be nationalized.

On the other hand, if these banks exit the country, it would remove uncertainty for investors and reduce the banks’ exposure to business ethics issues. Those international banks with no operations or presence in Russia appear to be less affected by the conflict in the short run. Still, sanctions evasion is a material risk due to their business models and track record. Based on Sustainalytics’ data, certain international banks have repeatedly violated sanctions and faced criminal charges, hefty fines and settlements with deferred prosecution agreements that resulted in tight regulatory monitoring. It remains to be seen whether lessons from the past have been learned.

Sustainalytics will continue to follow developments relating to Russian and international banks with Russian exposure and other industries involved in the conflict. Get in touch with our Client Advisory team for any questions regarding how your investments may be affected by the risk rating changes.

The Russia-Ukraine conflict has put more pressure on a sector that was already constrained by the disrupted supply chains, brought about by pandemic-induced congestions and shortages. Additionally, the surge in fuel price is already affecting customers, although it may accelerate the adoption of electric vehicles (EVs) as a side effect. However, the scarcity of minerals, which are necessary for semiconductor manufacturing, may further exacerbate the chip shortage that has afflicted the automotive industry since 2020.

Low diversity in clinical trials increases the risk of unforeseen side effects, only discovered after the drug hits the market, exposing patients to harm and companies to litigation.

The Russia-Ukraine conflict and the subsequent sanctions on Russian entities have led to material and wide-ranging impacts on diversified sectors and international firms. However, company disclosures and other sources suggest that the conflict’s primary impact on the global insurance industry is limited for two main reasons