On 3 December 2018, the UN annual climate change conference COP24 was officially opened in the Silesian city of Katowice, Poland, bringing over 30,000 delegates representing politicians, NGOs, businesses, scientific community and journalists to the region with a long history of coal mining. The Polish president Andrzej Duda welcomed the COP 24 delegates and process, while simultaneously celebrating the Day of the Miner, an important Silesian public holiday, underscoring the practical challenges of implementation and underscoring the fact that the country is still very much committed to utilising fossil fuels as source of energy. 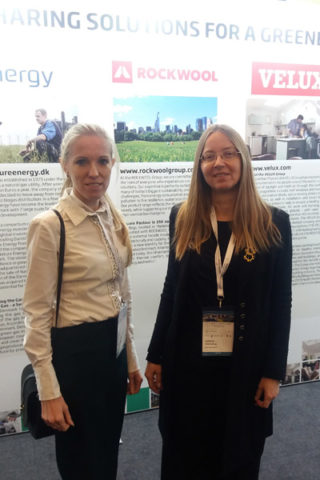 Work focused on developing rules and processes for implementing the historic Paris Agreement. On the heels of the IPCC report released November this year, with its strong warnings about the implications of both not curbing global emissions to a 2-degree level but also regarding the relative risk this still holds for global ecosystems in comparison to a 1.5 degree rise in temperatures. There was, therefore, a general sense of urgency for action to move beyond dialogue.

While negotiators were able to reduce the text from around 300 to 100 pages during the first week, technical negotiations were extended into the second week as ministers arrived to work on the concluding negotiations. On Tuesday evening, COP 24 President Michał Kurtyka indicated that as the current approach had been exhausted, a new text would be prepared in cooperation with experts and made available on Wednesday morning for ministers to work on. He has asked pairs of ministers from developing and developed countries to work together to help resolve outstanding issues. Michał Kurtyka has called on parties to look at the big picture and seek common ground, in line with past requests to avoid adding text or brackets, or reinserting proposals that have not enjoyed support.

Main issues under discussion include, but are not limited to, streamlining of Nationally Determined Contribution (NDC) plans, which countries have developed with differing time frames, as well as adapting transparency requirements in reporting to resource constraints. As the NDCs may be predicated on external financial support, discussions not only have addressed the annual USD 100 billion target, but also whether developed countries should report “ex-ante”(i.e. ahead of time) the amounts of contributions they expect to make, to be compared against funding made in practice. There are also discussions around the extent to which severe events resulting in losses and damages may be linked to climate change and liability, while a significant divide exists between a number of oil producing and other countries in terms of whether to “note” or “welcome” the findings of the IPCC report.

The conference has coincided with a number of landmark declarations from state and non-state actors. Examples include the European Union’s vision for 2050 carbon neutrality, and the stated commitment of the World Bank to double climate funding to USD 200 billion over five years. The Solidarity and Just Transition Silesia Declaration cautions against leaving communities behind as transition is implemented.

Katowice has hosted a number of parallel conferences, workshops, concerts and films with topics including the circular economy, energy efficiency, smart cities, sustainable mobility, and potential for disruptive innovation and decentralised solutions via disruptive technology. At a high-level event, indigenous leader Hindou Oumarou Ibrahim pointed out the challenges of rapid growth absent of planning and collaboration, while multiple cities debated the integration of electric vehicles and/or conversion of transportation to a shared economy platform. Events featured sharing of best practices, by companies, members of civil society and the scientific community, and it was argued that ongoing information exchange would need to supercede competitive considerations.

The voice of developing countries was heard in a two-day event among 200 policymakers, researchers and development practitioners. There is a sense that a gap exists between high level negotiations and realities faced by the most vulnerable communities. While both rural and urban examples were given, Sheela Patel, Chair of Slum Dwellers International, stood out on rights of the “invisible”, unrepresented urban dwellers of informal settlements, stressing the need for effective climate change adaptation and empowering local communities to develop solutions adjusted to their needs that can again be scaled up.

A prevalent thread that ran though non-state actors’ forums was the fact that initiatives to address climate change are being taken with or without high-level political support. Locally, a grassroots initiative in Krakow has moved the discussion forward about the challenges related to the problem of smog in Poland. Words of inspiration were shared by Mahendra Singhi, the CEO of Dalmia Bharat Cement, which is targeting becoming carbon negative. At innovation forums, discussions centred around shifting from reactive and incremental reduction measures to transformative creation of next generation societies. Polish diplomat and activist Janusz Reiter referenced growing enthusiasm about electro mobility, stressing the importance of having a sense of local ownership as a motivating factor. 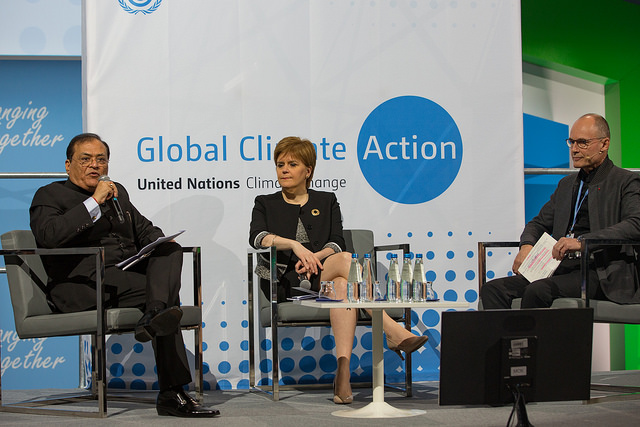 On the 8th of December, more than 2,000 people took to the streets in the “March for Climate” carrying placards with the symbol of an alarm clock, representing the urgency and demanding action. The protests were relatively peaceful and even somewhat festive in nature. While there was not a direct link to the ‘Yellow Jacket’ demonstrations in Paris over taxes, the Katowice conference took note of the need to consider economic pressures and consequences when implementing climate measures. That same sentiment is partly viewed to have been important when considering the changing stance of Brazil’s incoming government, with additional concerns tied to ongoing issues surrounding deforestation in the region and its climate impact.

415 investors representing USD 32 trillion in assets have signed a Global Investor Statement asking governments to strengthen nationally-determined contributions, as well as accelerate private sector investment and support climate-related financial reporting. New York State Comptroller Thomas P. DiNapoli was quoted as indicting that: “the transition to a low-carbon economy presents numerous opportunities to create value, and investors who ignore the changing world do so at their own peril.” 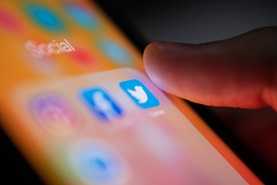 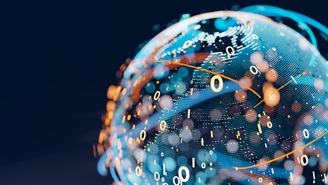 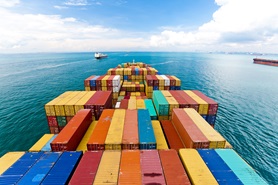 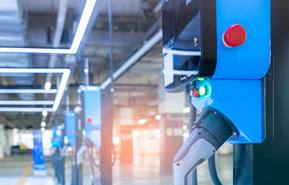