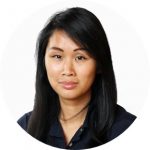 Since the World Health Organization declared the COVID-19 outbreak a pandemic on March 11, global stock markets have seen losses not experienced since the 2008 financial crisis.

It is expected that the economic cost of COVID-19 will be considerably larger than that of the 2003 Severe Acute Respiratory Syndrome (SARS) outbreak, due in part to the drastic effects of COVID-19 in China. Since 2003, China’s contribution to global economic output has increased nearly four times, and the country has become tightly intertwined in global supply chains.

Indeed, the pandemic has vividly demonstrated that global manufacturing is utterly dependent on China. Industries ranging from automobiles and electrical equipment to pharmaceuticals and consumer goods have shown to be highly vulnerable to the shutdown of Chinese manufacturing.

In response to the economic shock, governments and central banks across the globe have announced fiscal and monetary stimulus packages, some of which are of historic proportion. While the real impact of these measures may take years to determine, we can still gauge countries’ propensity to fully implement the policies that they have announced. This analysis can give us a better idea of how effective countries may ultimately be in mitigating the effects of the novel coronavirus. We can also evaluate a country’s ability to control the outbreak to prevent further economic disruption. We conduct our assessments by leveraging country-level ESG indicators[i] provided by Sustainalytics’ Country Risk Ratings.[ii]

Government effectiveness – not all countries are equal

In the first assessment, we use the government effectiveness indicator, which measures a country’s ability to formulate and implement a given policy and credibly commit to it going forward.

We focus our analysis on the 20 countries with the highest number of reported cases at the time of writing.

As shown in Figure 1 below, these countries have significantly differentiated government effectiveness scores, indicating that some may be better able to follow through on their announced COVID-19 policies and stimulus packages.

A key takeaway from Figure 1 is that China and Italy, two of the hardest countries hit to date, lag other countries in government effectiveness. With respective scores of 59 and 58, China and Italy trail all of the countries listed in Figure 1 with the exception of Iran. While it is far too early to say definitively, these countries may struggle to fully implement certain aspects of their stimulus packages.

China is expected to release a fiscal stimulus plan that will increase investments in infrastructure and likely increase its national budget deficit ratio.[iii] Italy has announced a EUR 25bn package that is expected to be used for unemployment aid and compensation to companies hit particularly hard by COVID-19.[iv]

Another finding from Figure 1 is that most countries are clustered in the bottom right quadrant, indicating higher government effectiveness scores and fewer confirmed cases relative to China and Italy. Many EU members, including France, Germany and Austria, fall into this group. These higher scores are likely due to EU membership as its single market system allows for the implementation of economic policies focused on creating employment and investment opportunities. While the European Central Bank (ECB) has launched a EUR 750bn bond buying programme as part of its monetary stimulus plan, members have yet to release a coordinated fiscal response to the novel coronavirus.

The US has the third-highest number of reported cases and ranks slightly above average in its effectiveness score (77 vs a country average of 73). The US Federal Reserve has implemented monetary stimulus measures, including an unlimited bond-buying plan[v] and the US government passed a historic USD 2tn stimulus package on March 25.[vi]

Physicians per 1000 people – more doctors do not mean more testing

The second country-level indicator we look at is physicians per 1,000 people. Although there are clearly other factors at play, including universal medicine, this metric can provide insight into countries’ general level of preparedness to manage the health-related impacts of COVID-19. As a reality check, we also review countries’ actual COVID-19 testing using the Our World in Data aggregator.[vii] As in the previous analysis, we focus on the 20 countries with the highest number of reported cases at the time of writing.[viii]

Norway is distinguished by a high physician score and a high level of COVID-19 testing, indicating a relatively high level of preparedness to manage the pandemic. Interestingly, many countries with a high physician score do not appear to be conducting widespread COVID-19 testing, at least compared to Norway and South Korea, which are the clear leaders in this regard.

South Korea has one of the lowest physician scores but has been widely praised for its response to the pandemic. Having conducted over 300,000 COVID-19 tests (roughly six per 1,000 people), South Korea has also seen a significant decline in confirmed new cases, which suggests an ability to control the number of infections.

Switzerland has the fifth-highest physician score but the fourth-lowest COVID-19 testing rate. This case illustrates our general finding that more physicians does not necessarily mean more coronavirus testing.

In North America, Canada and the US have similar physician scores but differ significantly in their COVID-19 test rate. This difference is likely due to the testing delays the US faced in late February and early March.[ix]

In conclusion, the spread of COVID-19 has resulted in significant market turbulence and economic shock. While it may take years to determine the real impact of government stimulus efforts, countries’ vastly differentiated government effectiveness scores suggest that some countries may struggle more than others to fully implement their initiatives. Secondly, the lack of relationship between the physician scores and coronavirus testing implies countries with more physicians are not necessarily better prepared to manage the pandemic.