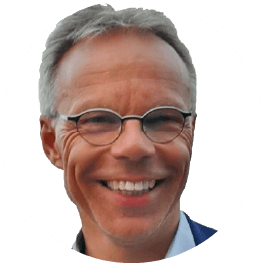 The order was issued in a lawsuit brought by seven foundations and associations and more than 17,000 individual plaintiffs. According to the plaintiffs, RDS, as the policy-making head of the Shell group, is not doing enough, is acting unlawfully and must do more to reduce CO2 emissions. Plaintiffs demanded that CO2 emissions be reduced by 45% by 2030 compared to 2019 levels. The progress concerns the CO2 emissions of the Shell group itself and also those of its suppliers and customers. Therefore, the court concluded that RDS is obliged to ensure CO2 reduction of the Shell group, its suppliers and customers through the Shell Group's group policy. This follows from the unwritten standard of care applicable to RDS, which the court has filled in on the basis of the facts, broadly supported insights and internationally accepted standards (Dutch: ‘geldende ongeschreven zorgvuldigheidsnorm, die de rechtbank heeft ingevuld aan de hand van de feiten, breed gedragen inzichten en internationaal aanvaarde standaarden’).

The court explained how they came to their conclusion. “The CO2 emissions of the Shell group, its suppliers and customers are greater than those of many countries. This contributes to global warming, which leads to dangerous climate change and poses serious risks to human rights, such as the right to life and an undisturbed family life. It is generally accepted that companies must respect human rights. That's an independent corporate responsibility, which is separate from what states do. This responsibility also extends to suppliers and customers. RDS has a result obligation with regard to the CO2 emissions of the Shell group itself. Regarding suppliers and customers, an important effort obligation applies, which means that RDS must use its influence through the Shell Group's group policy, for example, by making requirements for suppliers through the purchasing policy. RDS has every freedom to fulfil the reduction obligation at its discretion and to shape the group policy of the Shell group. The required sacrifice outweighs the importance of combating dangerous climate change.”2

The court further explained: “The court does not find that RDS is already violating this obligation, as plaintiffs argue. RDS has tightened the Shell group's policy and is working on that. Because the policy is not concrete, has many reservations and assumes that social developments are followed instead of a responsibility of their own to ensure CO2 reduction, the court finds that there is an imminent violation of the reduction obligation. The court therefore orders RDS to reduce the CO2 emissions of that group, its suppliers and customers to a net 45% by the end of 2030 compared to the level of 2019 through the shell group's group policy.”

Nevertheless, the wider impact of this order is substantial. For the first time the ‘duty of care’ or similar obligations of a (globally operating) company has been interpreted to include human rights impact of climate change and more generally, the ‘soft law’ implications of global international treaties like the Paris Agreement—this includes other soft law ‘rules’ such as the ILO core labor standards, UN Guiding Principles for Business and Human rights and the OECD Guidelines for multinational companies. These define the responsibilities of companies, independent from what states (have to) do. Similar cases will probably follow soon, not just in The Netherlands but across the world. And investors will also be affected, first as shareholders of and lenders to these companies and second because what applies to companies will almost certainly apply equally to institutional investors. Given the ripple effects of these outcomes, internationally agreed global standards might no longer be considered optional for companies; therefore, investors should consider this for their investment decisions and related active ownership.