As CO2 emissions are inherent to Internal Combustion Engine Vehicles (ICEVs), Electric Vehicles (EVs) are widely considered to be the logical alternative towards realizing zero emissions. With the continuation of ongoing technological refinement and years’ of heavy investment, EV manufacturers have significantly upgraded the performance of their products and improved economies of scale making EV production more economically feasible allowing for EVs to become a more widely considered consumer choice. Improving economies of scale, in both the EV manufacturing and the recycling of decommissioned batteries along with the grid’s transition towards renewable energy will make the positive impacts of EVs increasingly undeniable.

In order to reduce carbon emissions and lower urban air pollution, countries around the world are promoting EVs through measures including direct subsidies to both manufacturers and consumers, various tax exemptions and supporting the development of charging infrastructure. Amongst all the efforts, China stands out as being one of the most successful in boosting EV production and sales. According to EV-volumes, in 2019, China continued to represent more than half of the world’s electric car market with nearly 1.2 million electric cars sold[i].

To explore the boom in China’s EV market, this article discusses the main characteristics of China’s EV policies, which may serve to provide some inspiration for the rest of the world.

EVs – an opportunity to shape an industry

Globally the EV industry as a whole is in early to growth phase of its lifecycle. EVs, at this stage, are more expensive than ICEVs of similar configurations with the observed price differential largely associated with the cost of the batteries[ii]. China’s response to this cost has been forward-thinking. Rather than viewing the transition from ICEVs to EVs as prohibitive cost-wise, the Chinese government has spurred its EV industry by specifically encouraging a response focused on the closing the technology gap. The establishment of systematic and comprehensive EV policies and strategies to promote technological innovation, together with the take-up by industry, China has grown to be a leader in the EV market globally.

In order to encourage innovation and accelerate technological advancement, China’s EV subsidies, specifically for consumers, have been purposefully designed to be closely linked to technological metrics and performance indicators across EV models. Such performance indicators or metrics include mileage per single charge, battery energy density, system energy efficiency and charging speed[iii]. As a result, the industry is incentivized to upgrade its technology while keeping affordability in check. In the past several years, we have seen widespread innovation and technology advancement across China’s entire EV supply chain, from lithium mining and processing (such as Tianqi and Gangfeng), battery manufacturing (CATL), to car manufacturing (BYD and NIO). This gives rise to the emergence of a considerably competitive industrial cluster for EVs.

Monetary consumer subsidies are common practice globally to assist governments in cultivating emerging industries with initial high subsidies to kick-off, then a gradual reduction in the amount with the maturing of the supply chain and the organic decrease in production costs when scale is achieved. Additionally, the government also provides tax reliefs and monetary subsidies for research and development expenditure for companies throughout the EV manufacturing supply chain.

While monetary subsidies at both manufacturer and consumer levels are undeniably powerful, they are expensive. When the market grows to a certain scale, continuous large subsidies are unsustainable. If well implemented, non-monetary incentives can be as effective as monetary subsidies. The Chinese government provides a wide range of non-monetary incentives for EVs. For example:

Infrastructure is the key

While China is gradually reducing the direct EV subsidy for consumers, most of the saving from the reduced subsidies is being re-directed towards subsidisation of charging infrastructure. The government’s Electric Vehicle Charging Infrastructure Development Guidelines (2015-2020)  include requirements relating to public charging outlets per EV to be a minimum of 1:7 in key cities of the eastern coastal provinces by the end of 2020 and for the public charging service radius to be less than 0.9 km in urban core areas[v].

Due to often fixed route and high daily mileage, public transport vehicles, including buses and taxies, are easier to electrify and can save more on fuel cost from electrification compared to other vehicles. The Chinese government has been actively promoting the electrification of public transport vehicles and many Chinese cities have also set clear targets and deadlines for the full electrification of taxies and online hailing cars. For example, in 2018, the Ministry of Transport of China set a target that by the end of 2020, the buses in major cities will all be replaced with NEVs[viii].

According to Evergrande Research Institute, in 2018, 46.1% of all NEVs sold in China went to public sectors[ix].

Notably, there are also some criticisms of China’s EV policies. For example, in the early stage of policy implementation, due to lax supervision, some cases of subsidy fraud emerged. Some also argue that the ~ 50% reduction in monetary subsidies for EVs in 2019 was too dramatic and attributing the reduction in subsidies as a direct cause for the sharp decline in sales and the more than 50% fall in EVs sales in China in recent months. There also have been some incompatibilities in the charging outlets across different areas.

Notwithstanding the above-mentioned criticisms of policies, by encouraging innovations and technological advancements, monetary subsidies and non-monetary incentives, supporting infrastructure development and transforming public transportation, China has been at the forefront of promoting the development of EVs. Moreover, similar to what China has achieved in its solar panel industry, the technological advancements and improvement in scale across China’s EV supply chain have helped accelerate the process of EVs becoming the mainstream, not only in China, but also in the other parts of the world. 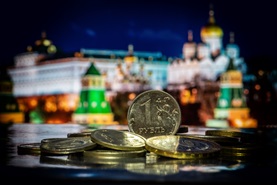 Investor interest in the banking sector remains high as the impact of Russian sanctions unfolds. Based on Morningstar Sustainalytics’ research, total unmanaged risk has increased for both Russian and international banks with exposure to Russian clients. To what extent have sanctions affected banks’ total unmanaged risk? 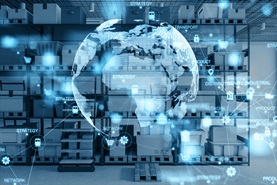 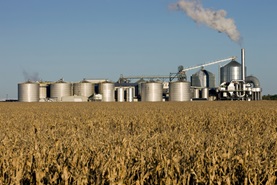 ESG Impacts of the War in Ukraine: Global Food Supply

The invasion of Ukraine highlights the fragility of the global food system. The destruction caused by the war and subsequent trade restrictions on Russia, endangers a significant percentage of the global food supply coming from two of world’s leading agricultural commodity exporters, consequently prompting food prices to surpass the 30-year high.