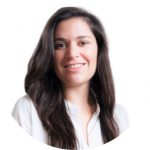 Investors who are bullish on renewable energy are often drawn to the wind energy market. Alongside solar, wind energy has been rapidly adopted worldwide and continues to receive significant investments compared to other renewables.[i]

However, a shadow looms over wind farms as concerns about supply chain restrictions and market monopolies have been raised in recent years due to the use of rare-earth minerals in wind turbines. Numerous reports published over the past decade have warned of an imminent rare earth crisis[ii] and wind turbines, which contain rare-earth elements (REEs) would be negatively impacted by shortages.

Understanding the associated environmental and social risks of using REEs is crucial for investors in the wind energy market. In this article, we will discuss the ESG impact derived from the wind energy market in relation to REEs and explore existing solutions available to companies to mitigate this impact.

What are Rare-Earth Elements?

REEs are a group of 17 metals that share certain unique properties including heat resistance and high electrical conductivity. These characteristics make REEs essential to many products, ranging from smartphones to more advanced technologies, particularly green technologies. While REE reserves can be found worldwide, China supplied 70% of the global REE demand in 2018.

More precious than gold or petroleum, these metals are valuable to several industries including renewable energy equipment manufacturers. Wind turbine leaders Vestas, Siemens Gamesa and General Electric need REEs for permanent-magnet synchronous generators (PMSGs) employed in some wind turbines. In 2015, the EU’s Joint Research Centre reported that 23% of turbines used PMSGs[i] and forecasts show the number could reach 41% in 2020 and 72% in 2030, as investments in renewable energy continue to grow[ii].

While REEs are not all as rare as their name implies, when it comes to global reserves their scarcity comes from the fact that they are very difficult to extract chemically. Moreover, the use of REEs is associated with various environmental and social issues.

Environmental Impact: Although wind energy itself is environmentally friendly during the use phase, the same cannot be said about the production of wind turbines. The environmental impact of rare earth extraction is estimated to be more damaging than fossil fuel extraction due to the toxic effluent, emissions and waste generated from the intensive mining activity required[iii]. According to the BBC, tons of radioactive waste is generated from the production of a wind turbines as a result of the refinement of REEs[iv].

Social Impact: REE extraction has negatively impacted the access to fresh water and food production in local communities surrounding rare-earth mines. In some instances, vegetation has stopped growing, cattle have died from toxins in the soil, and drinking water has been contaminated[v]. There is also strong evidence to suggest that mining activities have caused severe health impacts[vi]. Cancer rates have steeply increased among populations living in villages surrounding mines in China[vii]. In addition, NGOs have found that the extraction of rare earth has been linked to human rights violations including forced labor and child labor[viii].

Governance Impact: Since states hold mineral rights and oversee regulatory approvals and issuing permitting, mining companies may feel pressure to maintain positive relationships with governments and regulators. To maintain these relationships, companies may also feel the need to engage in facilitation payments or kickbacks to speed up or guarantee project approvals. Tax avoidance and bribery among mining companies are frequently reported in the media, with some high-profile incidents involving Glencore, Vedanta and Rio Tinto[ix]. A shortage in REEs would further expose companies to risks related to corruption and anti-competitive practice risks.

As the major exporter of REEs, China practically has a monopoly on the market which can expose foreign companies to procurement risks. Reliance on a sole supplier is rarely a safe sourcing strategy. When the supplier is the Chinese government, political tensions can lead to export restrictions.

In 2010, China exercised its power to cut the supply of REEs to Japan over a territorial dispute, violating free trade rules established by the World Trade Organization[x]. This export freeze had repercussions on Japan’s industrial sector and on American companies which rely mostly on Japan for components using REEs. BBC and other media outlets have reported the risk of China imposing REEs export restriction to the U.S., should the current trade war escalate. If China were to play this card, the U.S. could lose trillions of dollars on industries relying on rare earths[xi].

The market for REEs in green technologies is in high demand. However, production is not expected to grow fast enough to meet forecasted needs, if industries want to respect the Paris Agreement[xii]. As demand goes up and supply falls, the law of supply and demand dictates that prices are bound to increase. A spike in the price of REEs could expose wind turbine manufacturers using permanent-magnet generators to significant operational risks.

Overall, markets tied to monopolies are exposed to risky price fluctuations. In 2011, the sudden rise in REEs prices shook the wind industry and pushed turbine manufacturers towards a more vigilant approach to sourcing suppliers. Although prices returned to pre-crisis levels, companies are focusing their research and development efforts to mitigate business risks related to potential future price hikes[xiii].

While numerous alarming reports have been published on these issues, investors should know that solutions to mitigate REEs’ associated impacts and risks are available to wind turbine manufacturers.

Increase circular design and recycling efforts: Magnets in wind turbine generators are a mix of iron, boron and REEs, which improve their performance. Recycling such alloys is challenging given the time, technological complexity, chemicals and energy needed to dissociate alloy components[xiv]. Yet, there is a strong business case for reusing and recycling REEs. As technology advances, the development of standardized circular design models to facilitate the extraction and reuse of wind turbine magnets will become cost-efficient and have the advantage of future-proofing the supply chain[xv]. Such initiatives are rare, but wind turbine manufacturer Goldwind has developed a program to smelt old magnets to make new ones[xvi]. As only around 1% of all REEs are recycled from used products[xvii], there is much room for improvement.

For instance, Britain’s GreenSpur Renewables has developed the world’s first ferrite-based PMSG, which, as opposed to REEs, has a reliable supply. Germany’s Enercon developed a gearless design for wind turbines that is REE-free[xix]. The EcoSwing project, funded in 2015 by the EU Framework Programme for Research and Innovation H2020, sought to replace permanent magnets with superconductors[xx]. The project was successful, and the new technology developed would significantly reduce the content of REEs in generators from 200 kg/MW to less than 2 kg/MW[xxi].

Several governments are also considering the expansion of local mining industries to address the risks associated with China’s monopoly. But while the U.S. and Europe are exploring their potential for REE mining, the opening of mines in countries like France for instance could be compromised by its strict environmental requirements and genuine environmental concerns amongst its population.

Many investors view divestment from fossil fuel and investing in renewable energy as the more viable way to prevent catastrophic consequences to the planet. While transitioning to a low-carbon economy will ultimately help to slow climate change, we should not go blindly. The associated ESG risks of new technologies should be carefully managed as demonstrated by the case of wind energy. Thankfully, innovations are helping to mitigate associated risks.