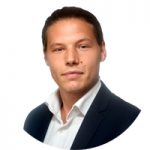 In a global context that continues to move towards a low carbon economy, Mexico is moving in the opposite direction under AMLO’s leadership. However, as evidenced by our recent engagement trip, Mexican companies from various sectors remain committed to decarbonization, despite the shift in the government’s energy agenda.

Mexico’s previous president Enrique Peña-Nieto oversaw the historic reform of the energy sector in 2013, which ended state-run monopolies and opened energy markets to investment and competition from both foreign and private companies. In the following years, Mexico awarded more than 100 contracts to foreign companies for both oil exploration as well as solar and wind farms. However, it seems that AMLO has made rescuing the state-run oil company, Petroleos Mexicanos (PEMEX) the focus of his energy narrative. Specifically, he aims to increase PEMEX’s oil production to 2.5 million barrels per day from the current 1.6 million barrels per day. The administration is also allegedly negotiating tax breaks for the company worth around USD 7.3 billion spread over five years.

PEMEX, however, faces some rough waters. It is the most indebted oil company in the world, and it is contending with declining crude oil production in Mexico, which fell to a 15-year low in January. Imports of gasoline and diesel have in turn grown by 80 per cent over the same period. The state-owned oil giant posted a USD 7.6 billion loss in 2018 and was recently downgraded to ‘Negative’ by Moody’s, while Fitch downgraded PEMEX’s bonds to junk status. Meanwhile, the company is also struggling with illegal oil tapping which results in damaged pipelines, lost oil and occasional accidents.

In the refining sector, AMLO plans to upgrade Mexico’s six existing refineries and construct a USD 8 billion refinery, Dos Bocas, in the state of Tabasco. The new refinery raised major concerns in the investor community when the bidding round was scrapped and the project handed to PEMEX. None of the existing refineries currently operate at full capacity, averaging around 36 per cent utilization rates. The aim is to increase utilization rates to 90 per cent. However, similar upgrade projects that began in the early 2000s have yet to be completed. Another plan to build a USD 12 billion refinery in Hidalgo was cancelled by the previous administration several years after it was announced. On the renewables side, the 2019 energy budget only includes rehabilitation of existing geothermal and hydro power plants.

Mexico is the second-largest economy in Latin America and has more than 40 million electricity consumers, a growing demand for power, and significant potential for renewable energy. However, the trajectory of the new administration stands in stark contrast to the country’s commitments to the 2015 Paris Agreement, under which it has proposed Nationally Determined Contribution (NDC) targets for reducing GHG emissions by 22 per cent below 2010 level by 2020. A recent analysis by Climate Tracker suggests that Mexico will not meet its greenhouse gas emissions reduction targets.[1]

Sustainalytics recently travelled to Mexico as part of the Emerging Markets Engagement program[2] to discuss the current national energy context, supply chain management, water risks, corporate governance, and other issues with Mexican companies. In spite of the uncertainty around the direction of the new administration, local companies seem motivated to continue the effort towards decarbonization especially through the use of solar and wind power. This is driven both by the business case for renewables in Mexico, as well as pressure from investors and international business partners. Other efforts by local companies include increasingly working to transition transport fleets to liquefied natural gas or electric vehicles and working with local supply chains, such as agricultural suppliers to improve their understanding of climate change risks.

[2] The Emerging Markets Engagement service is designed to provide institutional investors with a portfolio management tool to navigate ESG risks in key emerging markets. The program gives investors an in-depth and up-to-date view of companies’ management of material ESG issues through annual engagement trips and conference calls. Further, the program aims to support companies by helping them to focus on the right issues to drive positive change and better manage risks. 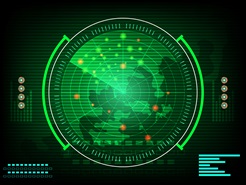 Climate Change, Innovation, and Cybersecurity in the Defense Industry: Insight for ESG Investors

While perhaps not a widely considered link between the defense industry and climate change, several Eurosatory conference sessions addressed how climate change can intensify security risks and threats. 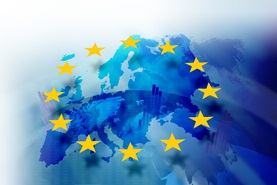 Regulators asking questions about topics central to the EU Action Plan show that more work needs to happen to make this ambitious, first-of-a-kind sustainable finance legislation workable for the market and supervisors and more useful for end investors.

The negative physical impacts of climate change are being felt by communities and corporations globally and are likely to get worse in the coming years. The knock-on costs of more frequent “once-in-a-century” climate events on economies are likely to rise. To prepare for this looming threat, investors must forecast the asset-level effects of climate change on companies in a granular and sophisticated way. Here are six things portfolio managers should know to manage and mitigate the physical risks of climate change to their portfolios and meet growing list of climate-focused reporting requirements.

Socially conscious ESG investors are interested in how to implement international business and human rights norms in their portfolios and understand the potential impacts of applying additional screening criteria within their strategy.