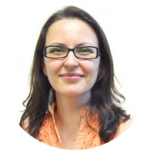 In August 2019, the U.S. Business Roundtable (BRT), a non-profit association composed of corporate CEOs, issued a statement redefining the purpose of a corporation. The BRT has defined a corporation’s purpose as working for the benefit of all stakeholders, such as customers, employees, suppliers, communities where the company operates, as well as shareholders. Drafted following months of consultation with CEOs and members of the political, academic and NGO sectors, the statement was signed by 181 CEOs, or 95% of BRT members (though not by the companies they represent).

The statement declares each stakeholder group to be essential for the long-term success of any business. Signatories to the statement commit to:

The redefined purpose represents a significant shift from the BRT’s previous statements, first authored in 1997, that the purpose of the company is solely to maximize shareholder return. However, in a follow-up statement, BRT made clear that it does not support radical corporate governance changes derived from the new principles, as such changes may become disruptive for the U.S. market.

Although the statement was initially well received, not all reactions were positive. The Council of Institutional Investors (CII), a non-profit organisation representing the U.S. pension and employee benefit funds with assets of more than USD 4 trillion, openly opposed the new articulation of the purpose of a corporation. CII asserts that the BRT statement effectively relegates shareholders to the role of capital provisioners, while leaving their ownership interest unaddressed. By extension, CII believes the new principles generate a risk of diminished shareholder rights and does not provide mechanisms of accountability for a company’s stakeholders.

The BRT has periodically issued principles of corporate governance since 1978. Each of the previously issued versions has followed the shareholder primacy theory, which defines the main purpose of a corporation as maximizing shareholder value. Management and the board were accountable to stockholders first and the interests of other stakeholders such as employee were only “relevant as a derivative of the duty to stockholders.”

The previous corporate governance statement issued by the BRT, as well as many of the U.S. corporate governance standards and practices over the last decades have been based on a theory first published by economist Milton Friedman in a 1970 essay. Friedman’s theory considers a company’s responsibility to maximize profits for its shareholders as its only means to achieve economic success. The theory specifically excludes any responsibility of a corporation towards society, whose interests are to be guarded by the government, rather than the business sector.

Friedman’s theory has underpinned many of the corporate governance practices developed in the U.S. market over the last 40 years, such as executive compensation related to the company’s performance, shareholder rights and the role of the board of directors. While the Friedman theory is considered a cornerstone of free market capitalism, it has been criticized for promoting short-termism and thereby increasing the risk of shareholder activism, putting upward pressure on executive remuneration and practices such as share buybacks to boost short-term results.

The new purpose of a corporation – what could it mean in practice?

While the BRT’s new statement could mark a sea change for U.S. corporations, it offers scant details on how this new philosophy can be operationalized. However, other recent U.S. forays into sustainable capitalism, such as Senator Elizabeth Warren’s proposed “Accountable Capitalism Act” and the introduction of “benefit corporations” in many jurisdictions, allow us to constructively speculate on the practical implications of the statement.

New purpose of a corporation – what’s next?

The fact that the leaders of some of the largest companies in the world have come together and agreed to officially support a shift from shareholder primacy towards an explicit consideration of long-term stakeholder interests, is a significant accomplishment. However, there is a risk that this revolutionary theoretical shift will fail to generate practical results. Although the BRT has clearly stated it does not support radical corporate governance changes derived from the new focus on stakeholders’ interests, changes will likely be needed to make this theory a reality. These issues will likely be discussed and agreed upon within business, academic and regulatory circles in the U.S. When designing any corporate governance changes it will be important to ensure the new principles are put into practice and that clear lines of accountability towards the relevant stakeholders are defined. Means to resolve potential conflicts generated by the company’s responsibility towards several stakeholders instead of only one – the shareholders – will also need to be established.

Despite the challenges, it is extremely important to maintain the momentum that the statement has generated so that it does not just remain a theory without any practical relevance. While drastic and urgent changes can be disruptive, taking constant even if small steps towards making the focus on stakeholders and long-term sustainability of the business a reality seems like the right path to take in the medium to long-term.

Business Roundtable (August 2019), “Business Roundtable Redefines the Purpose of a Corporation to Promote ‘An Economy That Serves All Americans’,” https://www.businessroundtable.org/business-roundtable-redefines-the-purpose-of-a-corporation-to-promote-an-economy-that-serves-all-americans