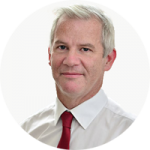 On the December 30th 2018, presidential elections finally took place in the Democratic Republic of the Congo (DRC), the first “democratic” elections in the country’s history. A peaceful transition of power in the region is of particular significance to the mining and renewable energy sectors. The DRC produced an estimated 58 per cent of the world’s cobalt in 2018, an essential element in battery technology. Any political instability or collapse into violence after the elections could restrict cobalt supply and potentially drive up the cost of batteries.

Figures from the International Monetary Fund for 2017 indicate the DRC’s GDP to be USD 41.4 billion[ii], putting its GDP per capita at a little less than USD500 and making it one of the 10 poorest countries in the world. However, the DRC is also acknowledged to have an abundance of natural resources from diamonds to oil to metals.

So, why the disparity between its resource wealth and its economic poverty?

The answer is its history, gaining independence from Belgium in 1960, the country has suffered from corruption, war and being a cold war playground for the superpowers of the US and Soviet Union. The Rwanda genocide in 1994 destabilised the eastern part of the country and led to the First Congo War, with troops from both Uganda and Rwanda seeking to control important mineral resources in the country. This war ended in 1997 when Rwandan-backed Laurent-Desire Kabila declared himself president. However, peace was short-lived with the outbreak of the Second Congo War in 1998.

The war ended following Kabila’s assassination in 2001. His son, Joseph Kabila then succeeded as President and called for multi-party peace talks. An end to the insurgencies was officially declared in 2013; although, violence and human rights abuses have continued and have reportedly grown worse in 2016 and 2018.[iii]

The rough road to the presidential elections

Presidential elections were due in 2016 but were postponed. An announcement in early 2018 stated elections would be held in November, but further delays occurred pushing the election date to December 23rd and then eventually the 30th. However, voting in three regions considered opposition strongholds was further postponed until March 2019, effectively disenfranchising a large minority of the population.

The three main contenders for the Presidency (in decreasing order of popularity) were: Martin Fayulu, Felix Tshiekedi and Emmanuel Ramanzani Shadary. Fayulu is a popular opposition leader to Kabila. Tshiekedi is another opposition leader who had been a vocal opponent of Kabila, but changed his rhetoric becoming increasingly accommodating to Kabila as the election day approached. Finally, Ramanzani Shadary is a former interior minister and seen by many to be a Kabila puppet.

Allegations of widespread fraud have plagued the elections results. The official election results released by the country’s Independent National Electoral Commission (CENI) indicated that Tshiekedi won with a vote share of 38.57 per cent compared to Fayulu’s share of 34.8 per cent, However, an exit poll conducted by the Catholic Church, the largest independent monitor, and leaked elections results from CENI show remarkable coherence and a win for Fayulu of 59.4 per cent compared to Tshiekedi 19 per cent.

Tshiekedi’s qualifications have also been called into question. A candidate needs five years of experience in politics or a postgraduate degree. Tshiekedi claims to have received his postgraduate degree from the Institute of Commercial Careers in Brussels, however, the school has denied this claim.

On the 24th January 2019, Tshiekedi was sworn in as president. So far, despite the allegations of a rigged election, the mood in the country appears to one of relief. The country’s first election in its history was undertaken without wholesale violence and has been generally accepted by the population.

Cobalt, why is it critical?

Cobalt is an essential component of rechargeable nickel-cadmium and nickel-hydride batteries. However, unlike other minerals critical to batteries such as nickel, lithium and manganese, the supply is dependent upon gaining political stability in the DRC. Any interruption to mining operations from political unrest could have impacts that would be felt far from the country itself. But what about the individual mining companies?

Impacts on the mining community and the world

Most operators in the DRC are owned by large mining companies which are unlikely to feel any significant impact on their bottom lines. These companies include Glencore, which owns the majority stake in Katanga Mining Limited and the entire Mutanda Mining Sarl; China’s Zijin Mining through its Kolwezi Copper Mine Project and Kamoa Copper; the newly merged Barrick Gold Corporation with its Kibali mine; and China Molybdenum which bought Lundin’s Tenke Fungurume mine for USD 1.5 billion in late 2016.

Last year a new mining code was also introduced into the DRC, increasing the tax regime. Fayulu, a former Exxon Mobil director, is thought to have likely been a more miner-friendly president and to have revised the code to the benefit of mining companies. Tshiekedi, it is suspected, made a back-room deal with former president Kabila and his party, so any reversal of the current mining policy is highly unlikely. This was confirmed in March 2019, when he stated, “We will clean up the business climate through the popularisation of the new mining code.”

Mining companies have already voiced their concerns. The CEOs of both Barrick Gold and Glencore met with the new President in January and February 2019. Glencore wrote-down the value of its Mutuanda subsidiary by USD600 million and blamed the larger tax burden as the devaluation.

The repercussions from the disputed presidential elections on 30th December 2018 have yet to be fully felt. It appears that a peaceful transition has been made which is good for the stability of mining companies in the DRC. However, any change in the widely disliked mining code may still be problematical for some of the smaller mining companies and could lead to higher costs for the battery industry.