With more than half of the ~64,000 fatal drug overdoses in 2016 related to opioid abuse, it is not surprising that the US epidemic is making headlines. Many US states, counties, and other government authorities are suing or investigating both pharmaceutical companies as well as distributors for their role in the crisis. Investors are asking: What does this mean for the companies involved and how will this crisis develop?

How did the US opioid crisis come about?

Doctors started to increasingly prescribe opioid drugs in the 1990s after chronic pain was recognized as a medical condition requiring treatment. As the number of opioid prescriptions rose, threefold-fold between 1999 and 2015, so too did the number of related deaths. In 2015, there were already 33,000 opioid-related deaths. Even though this number includes people who died of heroin, it should be noted that 4 out of 5 new heroin users has a history of abusing prescribed opioid drugs.

The rising death toll from opioids and the role of pharmaceutical companies and distributors have not gone unnoticed. In 2007, for example, Purdue Pharmaceutical had to pay USD 600 million to the Department of Justice (DOJ) for misleading marketing practices. Nonetheless, until 2015, these actions were sporadic and focusing on a couple of companies.

As of 2015, media attention and regulatory actions against companies have started to increase, compounded by the rise in opioid-related deaths and the growing burden of health care costs. Pharmaceutical companies including Endo International, Johnson & Johnson and Insys Therapeutics have been accused of aggressively marketing their opioid drugs without adequately disclosing the addiction risks and, in some cases, bribing health care professionals. Drug distributors, including McKesson and Cardinal Health, have been accused of failing to report the suspicious number of opioid drug orders to the Drug Enforcement Administration (DEA).

What are the risks companies are facing?

While many companies, including McKesson, Cardinal Health and Mallinckrodt, have already settled opioid-related lawsuits, we are nonetheless seeing the regulatory risks increase for both pharmaceutical companies and distributors. These risks can include material business risks for companies that derive a high percentage of their revenue from opioids. Insys Therapeutics, for example, earned all of its FY2016 revenue from its Subsys opioid drugs. Going forward these companies may have to contend with a weaker demand from health care professionals, lower insurance coverage (or higher premiums), and potentially even a limit on the amount of drugs that can be prescribed by pharmacies such as by CVS Health. The opioid crisis is also fueling corporate governance-related concerns. For instance, McKesson’s shareholders rejected the CEO pay package after the International Brotherhood of Teamsters union protested the CEO’s high bonus after the company had to settle a USD 150 million lawsuit with the DEA.

The number and scale of government lawsuits and investigations have increased significantly in recent years. In October 2017, plaintiffs, including counties from Alabama, Illinois, Kentucky, Ohio and West Virginia, requested the consolidation of 66 lawsuits filed against pharmaceutical companies and distributors. A panel of judges will decide on the matter by the end of November 2017 and, if approved, could encourage other counties or states to follow suit.

In reference to these lawsuits, Ohio’s Attorney General Mike DeWine compared the behavior of pharmaceutical companies to tobacco companies, who ended up paying nearly USD 300 billion for their misleading marketing of cigarettes. While it certainly speaks to the significance of these lawsuits, the comparison is not quite accurate. The opioid crisis is far more complex given that the US Food and Drug Administration approved the opioid drugs and many different stakeholders, such as pharmaceutical companies, distributors, pharmacies and doctors, all play a role in the opioid epidemic. In the case of tobacco, the industry did not have regulatory approval, as it was not regulated, and it was far easier to identify the culprits, namely the tobacco producers. 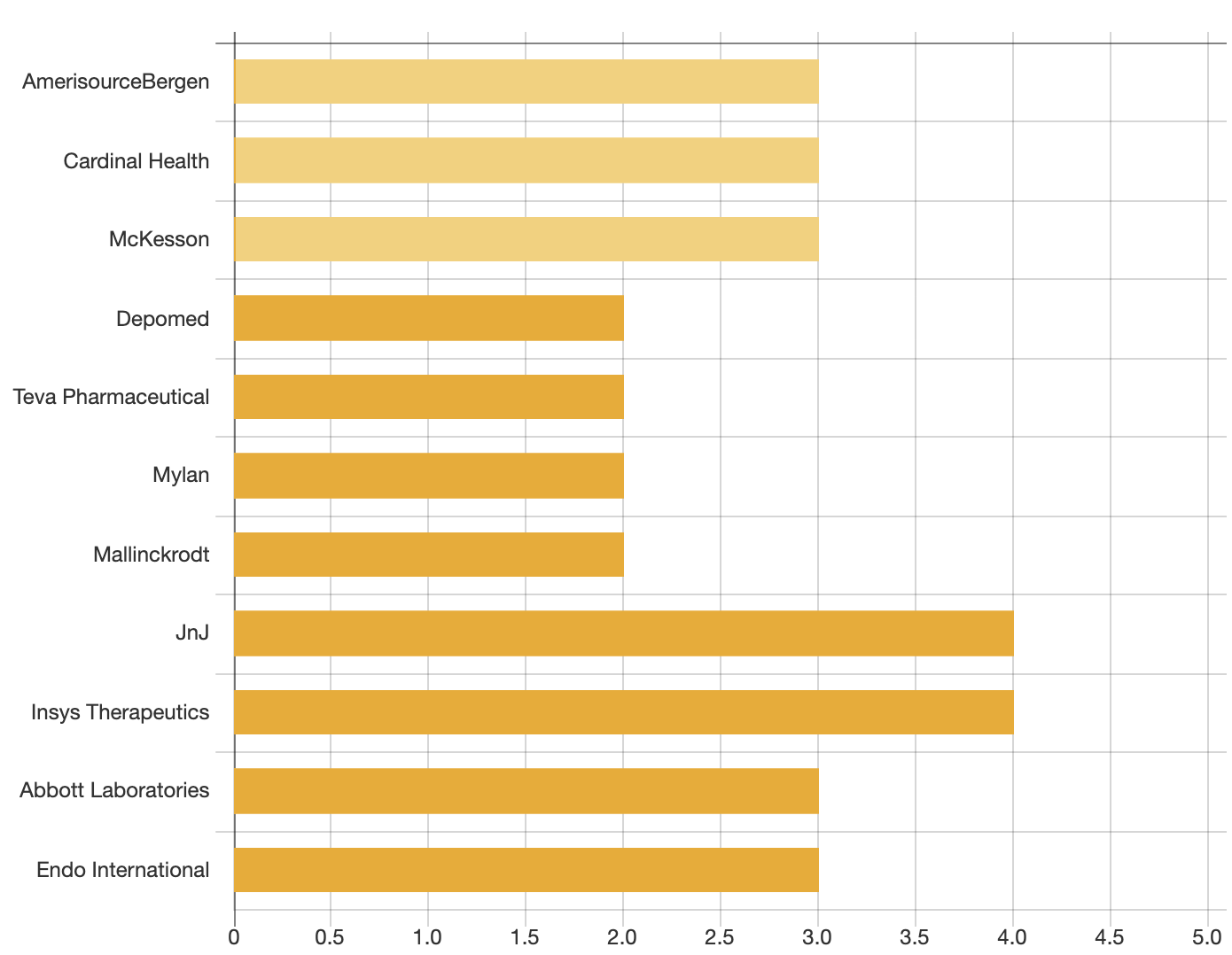 Source: Sustainalytics Research. Controversies are assessed on a 0 to 5 scale, where “0” indicates no controversy and “5” indicates extremely severe controversy. Controversies shown above are captured under Quality & Safety, Bribery and Corruption or Marketing Practices

What’s next in the opioid crisis?

The outlook for this issue, both in terms of impact on patients and risks for the companies, is dependent on many factors. The first one being the US administration. While President Trump has asserted in August 2017 that the opioid epidemic was a national emergency, he has not yet made an official statement regarding the issue. Declaring a national emergency would increase the funds available for medical treatment as well as possibly trigger additional scrutiny of pharmaceutical companies and distributors. The companies’ response to the crisis is also key in determining how the issue will evolve. While some companies have proposed plans such as improving education for patients, drug take-back programs and the development of abuse-deterrent opioid drugs, this is not the case for all companies involved in the crisis. AmerisourceBergen Corporation and Johnson & Johnson have not disclosed any proposed actions to help curb the opioid crisis, which further increases the risks these companies face.

Furthermore, following the Washington Post’s report regarding the potential role of Congress and drug distributors in weakening legal enforcement against distributors, the US Department of Justice announced that it will review the current law. If the law is modified, the DEA could suspend opioid orders more easily, which would raise additional operational risks for drug distributors and pharmaceutical companies.

We do not expect the opioid crisis to subside any time soon. The risks to pharmaceutical companies and distributors are therefore ongoing and will likely increase as the issue is gaining more public attention and facing greater scrutiny from relevant stakeholders.

[1] [2] Centers for Disease Control and Prevention

[4] US Department of Health & Human Services 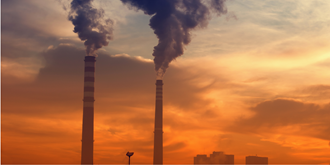 Despite improvements in the quality and quantity of carbon emissions reporting from companies, significant gaps remain. Discover the current state of emissions disclosures, learn the advantages and disadvantages of widely used estimation models, and discover the approach underpinning Sustainalytics' Carbon Emissions Data product.