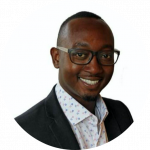 There is a growing awareness of how, and how much, corporations pay in taxes. This heightened cognizance has led to on-going public debates regarding the inherently unfair structure of many global corporate tax systems.

At Sustainalytics, we evaluate the debate within the framework of our Taxation 2.0 thematic engagement by holding dialogue with IT and pharmaceutical companies on the topic of corporate taxes. One of the key aims is to improve transparency as it relates to corporate tax planning in the largest firms in these industries. Of the 21 companies we are currently engaging with, only one has disclosed a country-by-country tax report (CbCR), around a third have described how corporate tax risks are managed internally and about a half publicly release a corporate taxation policy. Without appropriate disclosures, investors may have difficulty assessing how corporations are managing the risks associated with corporate tax planning, including regulatory and reputational risks. We are therefore encouraging corporations to release at least as much information as their best peers do, including:

The information that companies publicize could be perceived quite differently depending on how one interprets the topic of corporate tax.

A 2019 Gallup poll found that 70% of Americans think US corporations don’t pay a fair level of taxes, considering their profits.[1]  Indeed, that same year, the federal government reported a significant fall in the collection of corporate tax revenues as a percentage of total federal revenues after the 2017 Tax Cuts & Jobs Act.[2] That legislation reduced the federal corporate tax rate from 35% to 21% resulting in a two percentage point decrease in the proportion of corporate tax collected relative to total federal revenues (down from 9% of federal revenues in 2018 to 7% in 2019).  Moreover, corporations that have locations in multiple jurisdictions often pay less than the 21% nominal corporate tax rate required under the 2017 law. In a review of the effective tax rates paid by the 21 corporates involved in our Taxation Thematic Engagement, we found that approximately 40% of companies paid less than 15% between 2018 and 2019.

The fair share argument focuses on how local and federal governments are negatively affected as a result of aggressive tax avoidance. Some studies and media articles link the lack of tax payments to certain social ills evident in both developed and developing countries where large multinationals operate.[3]   Some methods to reduce taxes have come under fire in the past five years.[4] Some companies take advantage of not having to pay corporate tax on income made in one country, then passing that money over to another related company as a royalty payment or dividend, which is then considered tax-deductible under the recipient country law. The effect is that the corporation is not taxed in either country, and no public system benefits from the tax revenue.

The response that is commonly given by companies accused of aggressive tax avoidance is that they do everything within the bounds of the law in every jurisdiction where they operate. The corporate structure of some large corporations enables them to utilize divergent tax policies globally, involving paying the minimum amount of taxes possible, within the legal frameworks offered. While this perspective evades the moral accusation of under-contributing to the advancement of society, it is appreciated by some in the investor community, who believe that the maximization of shareholder value is the companies’ primary responsibility. In this vein, considerations of corporations’ role in society, and in particular, how (much) taxes are paid, is the responsibility of policymakers. As such, some investors expect their holdings to reduce their tax liabilities by thoroughly investigating strategies which achieve that goal.

Regardless of which side of the debate one stands on, greater transparency into corporate tax behavior will enrich the public’s understanding of this issue.

Broader Considerations in Tax Strategizing: Companies are paying more attention to the reputational risks associated with using legal, but controversial, methods to reduce their effective tax rates. Recently, Alphabet Inc., Google’s parent company, announced the discontinuation of the Double Dutch Irish Sandwich, a notorious tax loophole.[5] Given the heightened focus on corporate taxes, many of the companies we engage with also recognize the reputational aspects of using controversial methods to reduce tax liabilities.

Tax Regulation: The Global Reporting Initiative and the Organization for Economic Co-operation and Development, as well as governments in the US, UK, Canada and the EU, among other entities, have considered new disclosure requirements related to corporate tax.

Corporate Tax Disclosures: Most companies in our Taxation 2.0 engagement are thinking seriously about their tax policies and disclosures in a new light, given the public’s attention on the issue, and the regulatory and institutional pressures. We anticipate a much more thorough picture of how companies are managing corporate tax risks in the coming years.

For more information on the Taxation 2.0 Thematic Engagement please connect with me via email at [email protected].