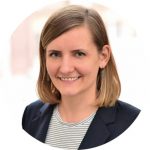 On the night of the 22nd August 1791, men and women, torn from Africa and sold into slavery, began a revolt against the slave system to obtain freedom and independence for Haiti. It took years, but in 1804 their struggle paid off and Haiti became an independent nation. To remember this incredibly important achievement, the 23rd August marks the International Day for the Remembrance of the Slave Trade and its Abolition. Exactly 227 years later, while paying tribute to those who fought for freedom and justice, let us also reflect on the current situation, empowered by their determination and strength.

First step – We need to acknowledge the harsh reality. An estimated 40.3 million people are in modern slavery today, almost equivalent to the population of Spain! Out of those, 24.9 million are involved in forced labour and 15.4 million in forced marriage. 1 in 4 victims of modern slavery are children. These numbers themselves are calling for action. It is clear that slave labour is not something we can excuse as a historical event. It is also not something happening far away and disconnected from us. For example, in recent years, many reports have highlighted the existence of forced labour in tomato cultivations, in Europe and in the US. Migrant workers in vulnerable situations with limited local knowledge, rights and language skills have no option but to work under precarious labour conditions. These are vegetables that end up on our plates, harvested by fellow human beings, practically next door. Agriculture is also one of the sectors with the highest prevalence of slave labour globally. The list of products with elevated risks of being harvested by forced labour or child labour is a long one, and most of them can be found in a supermarket near you.

Second step – We need to increase our own knowledge. If you are looking to gain a deeper understanding of slave labour (to subsequently engage companies to address such issues), there are many resources to have a closer look at, for example Innovation Forum’s podcast How to boost smallholder livelihoods, and modern slavery risks trends to watch or Assent’s webinar Assessing, preventing and mitigating risks of Human Trafficking and Slavery in Your Supply Chain. Oxfam also recently released the report, Ripe for Change drawing the picture of inequality in food retail supply chains and advocating for a living income for smallholders and agricultural workers.

Third step – We need to take action. We can certainly work to change the situation and investors have a unique position to do so. This is not only important from a human rights perspective, but also makes business sense. Food companies rely heavily on farmers and plantation workers for their long-term supply. Such rural populations are decreasing in many places, spurred by poor living and working conditions. From a business point of view this is a real threat to a stable long-term supply and returns for companies. Investors may want to ask themselves if such risks are factored into their investment decisions. I would encourage investors to have a look at their portfolios. Where are the most elevated risks? In what sectors and what companies? These were also some of the questions we asked ourselves when recently conducting the pre-study Mapping labour rights issues in the food supply chain, together with the Seventh Swedish National Pension Fund (AP7). Subsequent to the study, we have started engaging the food, beverage and food retail sectors to proactively avoid the risk of involvement in forced labour and child labour. This 3-year GES Stewardship & Risk engagement is open for additional investors to join and if you want to know more, I would be happy to elaborate on our engagement plan and objectives.

There is no lack of stakeholders, experts and initiatives to work against slave labour and structural poverty. Let us take action so that one day we can instead celebrate the day when slavery became a horrendous practice of the past. Imagine that day. 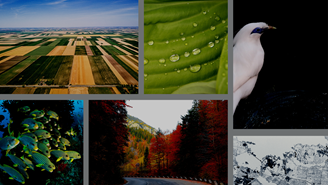