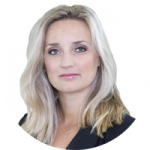 There is no universally accepted definition of controversial weapons and thus the one used by various public and private actors differs.

Under Sustainalytics’ methodology, certain weapons are considered controversial due to their disproportionate and indiscriminate impact on civilians, even years after a conflict has ended. The principles of ‘distinction’ and ‘proportionality’ are key concepts in international humanitarian law, which regulates the methods, as well as the means, of warfare[1].

Most weapons commonly considered controversial are subject to international treaties such as the Convention on Cluster Munitions and the Anti-Personnel Mine Ban Convention. These conventions generally prohibit the development, production, acquisition, stockpiling, transfer and use in armed conflict of weapons and methods of warfare causing unnecessary injury or suffering. The majority of countries globally have signed and ratified these international treaties.

However, these conventions do not address the issue of investment in controversial weapons, including the financing of their development, manufacture, sale and/or acquisition.

A growing number of countries have stated that they interpret the conventions’ text on to include the prohibition of (certain types of) investments, but overall the vast majority of countries have no or very limited legal frameworks in place that govern investment in companies involved in controversial weapons.

Please stay tuned for our Sustainalytics White Paper on the Regulatory Context of Controversial Weapons, which will contain detailed information on national and international legislation concerning controversial weapons.

The lack of an (inter)national legal framework for controversial weapons leads investors to adopt different investment policies and approaches. As a result, the nature and extent of investors’ responsible investment policies determine the flow of money to a sector generally perceived to be incompatible with a just and sustainable world.

This investor initiative demonstrates that more effort is needed to fully bring controversial weapons exclusion into the mainstream, even though this investment strategy is not new, and despite the fact that as of 15 October 2017 the UN Global Compact excludes companies with involvement in nuclear, chemical and biological weapons.

In addition to the obvious compliance and reputational risks involved with exposure to this industry, there are also financial risks to consider. For example, when regulatory developments or external or shareholder pressure forces divestment on short notice.

Investors can mitigate these risks by implementing the following best practices:

In general, financial institutions focus their efforts on assets they actively manage themselves. However, we see that an increasing number of responsible investors also apply their policies and exclusion lists to their external managers and to passively managed assets.

Policy practices differ significantly across geographies, as they are primarily driven by applicable national regulatory frameworks and depend on the maturity of individual responsible investment markets. Nonetheless, at a minimum, investors should:

With respect to the scope of the policy, the following dimensions can be considered:

Although engagement with companies is not usually undertaken in sectors involved in controversial activities, we do see anecdotal evidence that investor pressure can lead to defense companies ceasing their involvement with certain weapon types. As such, investors may decide to actively engage with companies in the Aerospace and Defense industry regarding initiatives and commitments to not develop, produce, stockpile, use, maintain, repair, and/or sell controversial weapons. CSR or annual reports, as well as reports by civil society organizations such as PAX, can support the monitoring of such commitments.

Lastly, investors can raise awareness about the impact of controversial weapons, collaborate with relevant civil society organizations, and push for sector-wide actions and initiatives (such as the letter to index providers mentioned earlier. Click here if you are interested in joining this initiative). These initiatives can ultimately lead to a more broad-based and standardized exclusion of companies involved in controversial weapons.

Learn more about how Sustainalytics’ Controversial Weapons Radar can support your investment approach.

[1] Some organizations also use illegality to define controversial weapons. Under that definition white phosphorus and depleted uranium would not be captured as there are no international conventions in place for these weapons types.