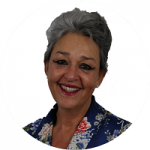 Recent inquiries and public scrutiny have questioned the accountability and ethical conduct of companies in Australia. The performance and integrity of the public sector, as well as the private sector, are being closely watched.

Transparency International Australia aims to improve accountability across the public and private sectors and Sustainalytics see this as a critical facet of informed investment decision making. In this joint article, we share insights from our domestic and global research to help companies and investors navigate the risks and complexities around business ethics.

Transparency International Australia (TIA) is the Australian national chapter of Transparency International (TI), a global coalition against corruption, operating in over 100 countries. An independent organization, TIA works with partners in government, business and civil society to tackle corruption. Sustainalytics is a leading independent environmental, social and governance research, ratings and analytics firm that supports investors around the world with the development and implementation of responsible investment strategies.

TI’s Corruption Perceptions Index (CPI) is the most widely used indicator of corruption worldwide. It assesses the level of public sector corruption in each of the world’s 180 countries according to data sources from expert independent institutions.

In the 2018 edition, Australia ranked in 13th place and continued a concerning downward trajectory. Until 2014 it was among the top ten least-corrupt countries in the world, but it has slipped six places in the past seven years.

Meanwhile, as highlighted by TI’s Global Corruption Barometer, concerns about government corruption are growing among ordinary Australians: 85 per cent think at least ‘some’ federal politicians are corrupt, and 56 per cent said they have personally witnessed or suspected favoritism by a politician or official in exchange for donations or support.

In contrast, neighboring New Zealand has consistently scored highly in the CPI, as the country has strengthened public service integrity systems and increased its focus on bribery and fraud investigation and prosecution.

Over the past year, Australia has made some important steps in addressing corruption which are not yet captured in the CPI results. The Open Government Partnership National Action Plan committed to strengthen the national anti-corruption framework, enhance the transparency of political donations and other funding, and expand open contracting and due diligence in procurement.

In addition, legislation to protect whistleblowers in the private sector was expanded in February 2019. This is a great step forward, as it will likely help tackle corruption and misconduct, and improve responsible business conduct across the board, inspiring a better culture of integrity among Australian companies.

Also in the pipeline is the Crimes Legislation Amendment (Combatting Corporate Crime) Bill 2017, that would make it an offence for a corporate entity to fail to prevent foreign bribery. The Bill includes a proposed Deferred Prosecution Agreement (DPA) scheme, which some critics say is nothing more than a ‘get out of jail free card.’ DPAs enable a company to self-report corporate crime offenses, negotiate an agreement and effectively defer prosecution if it complies with certain conditions. While these schemes can mitigate risks for companies (and investors) in case of misconduct, the sticking point remains whether entities should be required to admit liability as part of the agreement.

Finally, at the end of 2018 we saw cross-party commitment to some form of a national anti-corruption and integrity agency. The question is no longer ‘will Australia have an anti-corruption watchdog?’ (for which TI has been advocating for several years), but rather ‘when will it happen, and how strong will it be?’

Sustainalytics’ ESG Risk Ratings framework identifies Business Ethics (comprising issues such as corruption, fraud, compliance, integrity, collusion, money laundering, and lobbying) as a material issue for 165 out of the top 200 ASX-listed companies. More specifically, Bribery and Corruption is singled out as a material issue for 46 companies in sectors like mining and resources, oil and gas, healthcare and pharma, and casino and gaming.

Indeed, Australia is a mining giant with operations in most resource-rich countries, including 35 African nations. Most African countries scored well below 50 points on the CPI. Such low scores should be of serious concern for Australian mining companies, their investors and the financial institutions that provide them with project finance.

For Australian companies, Sustainalytics calculated[1] the average exposure on the issues of Business Ethics and Bribery & Corruption to be around 5 out of 10, i.e. medium levels, and average management quality scores of around 45 out of 100 maximum points. This leaves approximately half of the risk exposure in these areas potentially unmanaged, with ample room for improvement.

Looking at companies’ anti-corruption policies and programs can provide important signals in terms of preparedness to mitigate related risks. As shown in the graph below, one in ten companies still does not publicly disclose formal anti-corruption policies, two-thirds have weak or adequate policies, and only one in three companies has adopted a strong and detailed corporate policy.

Companies involved in the mining sector can take steps to strengthen policies and procedures to counter corruption using TI’s research and tools. TI has developed a tool to identify common corruption risks in the process of awarding mining permits. This tool guides users to pinpoint context-specific loopholes, vulnerabilities and weaknesses, enabling the development of more robust corruption mitigation strategies.

As noted above, the enhanced whistleblower protection regime is expected to start in July 2019. As part of our ongoing research, Sustainalytics has tracked companies’ programs in this area for over ten years. It is encouraging to note that only 10 companies among the top 200 listed entities do not disclose whistleblower reporting mechanisms. At the same time, only 10 have adopted and implemented very strong programs that meet best practice. Most companies are somewhere in the middle and all miss some key elements of what we consider a comprehensive program.

Strength of whistleblower program (by percentage)

On the positive side, over 80 per cent of companies commit to not retaliate against whistleblowers. This is a key provision, given the new law introduces penalties for companies who victimize those who speak up.

With respect to reporting mechanisms, only 40 per cent of companies provide 24-hour, independent, third-party operated hotlines, with many companies preferring internal channels which may provide the same level of confidence. A limited number of companies also publicly disclose clear structures and processes for investigating reports, which is important in providing assurance that due process is being followed. This is possibly a key area for improvement, given the new law requires companies to establish internal systems to deal with whistleblower reports.

In addition, the overwhelming majority does not publicly disclose information around the number of reports received, the types of misconduct reported, and the measures taken. This is possibly because this type of information disclosure is often perceived by corporates to be sensitive and legally privileged. However, there are examples of leading companies providing transparency without compromising confidentiality.

The Case for Battling Corruption

Governments are responsible for adopting, implementing and enforcing strong laws to tackle corruption, but businesses also have a central role to play. Companies are expected to uphold high standards of transparency, accountability and responsibility in conducting business, which can reinforce success, trust and positive recognition. On the other hand, unethical or illegal conduct and failing to meet public and community expectations can result in regulatory and legal risks, reputational damage and negatively impact stakeholders and investors.

We think the trends outlined above will shape Australia’s business environment in the coming years, and that the tools described can help companies and investors navigate the risks and complexities surrounding these issues.