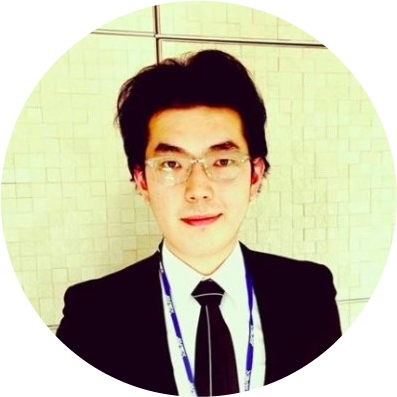 As onshore resources became harder to locate over the past decades, offshore exploration and production have grown into a global industrial activity. The prospect of finding hydrocarbons has led some companies to explore deeper waters in some regions. While offshore projects can be profitable for those willing to take risks, they are often associated with large, expensive, and technically challenging operations. As water depths increase, however, the risks associated with operational safety and environmental breaches also increase. Should a blowout or a major spill occur, in addition to being detrimental to the environment, it can be financially costly for companies, as offshore clean-ups and remediations typically require a significant amount of capital.

US Gulf of Mexico: Overview of offshore activities

While offshore exploration and production occur globally, one of the most active petroleum provinces is the U.S Gulf of Mexico (the Gulf). Over 3,200 offshore structures are active in the area, interconnecting with over 26,000 miles (41,843 km) of oil and gas pipelines.[i]  Most activities occur primarily in the central and western Gulf of Mexico—off the coast of Texas and Louisiana—in waters up to 6,000 ft (1,829 m) deep or more.[ii] The Gulf produces 17% and 5% of the U.S crude oil and natural gas, respectively.[iii] 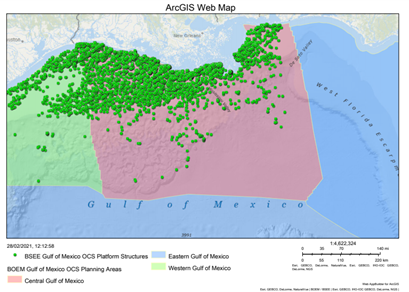 Although most offshore platforms are in the shallow waters of the Gulf, deepwater exploration and production (>1,000 ft / 305 m) play a major role in the region’s energy output. Over the past two decades, comparatively, production from shallow waters of the gulf declined by 77% for crude oil and 92% for natural gas, while production from deep waters increased significantly over the same period, with oil production increasing by nearly 200%.[iv] In 2019, 91% of the crude oil and 70% of the natural gas produced in the Gulf came from deep waters.[v]

The US Gulf of Mexico has witnessed more than 200 deepwater discoveries in the last 50 years, including Shell’s Tobago field, discovered at a record depth of 9,373 ft (2,857 m).[vi] In FY2019, the top three producing oil and gas fields had a daily production rate averaging more than 100,000 barrels of oil equivalent; many others were produced from ultra-deepwater areas (>5,000 ft / 1,524 m).[v]

Despite being a major resource for energy production in the United States, the Gulf of Mexico has also witnessed some of the worst environmental disasters in U.S. history in the last two decades. The 2010 Deepwater Horizon incident killed 11 workers and spilled millions of barrels of crude oil into the sea for weeks. The incident resulted in an unprecedented loss of wildlife, affecting the ecosystem that has not fully recovered more than a decade later.[vii]

There was yet another major environmental disaster—the Taylor oil spill—which is now considered the longest offshore spill in U.S. history. When Hurricane Ivan struck in 2004 and caused a mudslide that damaged an offshore oil platform, the result was an oil spill that lasted for 15 years.[viii] Unlike the 2010 Deepwater Horizon oil spill—which resulted from a series of operational errors—the Taylor oil spill is an example of how extreme weather events can cause environmental disasters in the U.S Gulf of Mexico.

As hurricanes and tropical storms are becoming increasingly intense in the region, so does the risk of offshore infrastructure damage. Throughout 2020, hurricanes Zeta, Delta, Sally, and Laura, all resulted in operational disruptions. Notably, Hurricane Delta caused the largest halt in US offshore oil production in 15 years.[ix]

How can investors assess the preparedness of oil and gas companies?

Sustainalytics’ ESG Risk Rating framework can support investors to evaluate the safety and environmental risks of oil and gas companies by assessing material ESG issues like Emissions, Effluents and Waste and Occupational Health and Safety. Examining the programs aimed at mitigating and reducing risks relating to offshore operations is important. As such, key subjects like offshore well management and emergency response programs are covered under Emissions, Effluents and Waste. When it comes to preventing workplace accidents, investors can examine Occupational Health and Safety to determine whether companies have implemented programs and practices to reduce and eliminate workplace accidents that could result in environmental disasters.

Additionally, the ESG Risk Ratings Framework is supported by Sustainalytics’ Controversy Research, which uses a qualitative approach to assessing companies. This research is designed to monitor, screen, and analyze oil and gas companies that have been involved in negative controversies, including controversies relating to discharges and releases to water. Investors can use this as an additional layer of assessment to better understand the risks that oil and gas companies face, the impact of their operations, and their management systems/response to controversies.

Offshore exploration and production in the U.S Gulf of Mexico play a major role in U.S energy production. As the search for oil and gas continues to expand in deeper waters, the challenges relating to drilling exploration wells, constructing production platforms, and decommissioning activities safely and efficiently are becoming greater, with intense extreme weather events driving the safety and environmental risks of oil and gas companies. Therefore, identifying how companies manage those risks associated with offshore operations may be of additional value to investors interested in the industry.