Strong oversight and accountability are crucial to the management of material ESG issues as well as a company’s ability to execute its long-term business strategy. Sustainalytics flagged corporate governance concerns at both Volkswagen and Fiat months before the respective emissions scandals broke.

Better understand companies’ corporate governance systems and practices and the potential risks and opportunities they pose to long-term value creation.

Leverage insights from our independent analyses to inform your investment decisions as well as proxy voting and engagement activities.

Benchmark companies’ corporate governance performance on a variety of metrics to identify strengths as well as potential red flags.

Speak directly to our in-house team of subject matter experts.

Data-driven contextual reports that provide corporate governance ratings and information on a global universe of approximately 4,200 companies. We assess a company’s corporate governance structures, practices and behaviors along six pillars that are deemed crucial for good governance: Board Integrity & Quality, Board Structure, Remuneration, Shareholder Rights, Financial Reporting and Stakeholder Governance. Select reports also include an analyst view and outlook for the company. 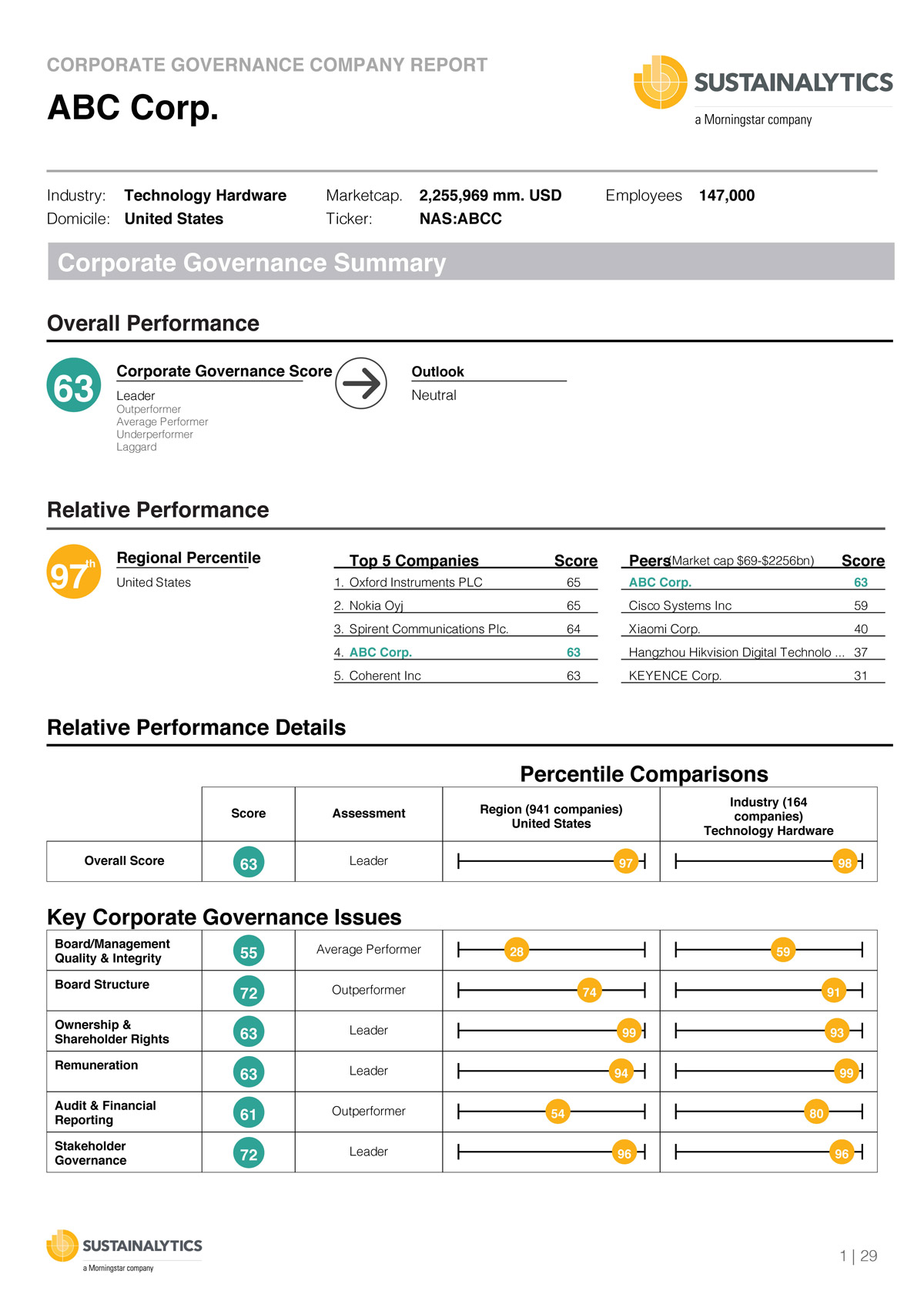 Sign up to our weekly Governance in Brief newsletter for an analysis of the latest weekly developments. To view previous issues here.

Board & Management Quality and Integrity

Do the board’s experience, track record and behavior sufficiently demonstrate its ability to provide strategic leadership and oversight?

Do the organization and structure of the board provide sufficient oversight, representation and accountability to shareholders?

Do the constitution of the company and its ownership structures respect the right of outside shareholders relative to the board, management, and major holders?

Do the company’s remuneration policies and practices provide appropriate incentives for management to build value?

Are the company’s financial reports reliable and subject to appropriate oversight?

Does the company’s management of extra financial risks and broader stakeholder relationships raise concerns regarding its governance of long-term value creation? 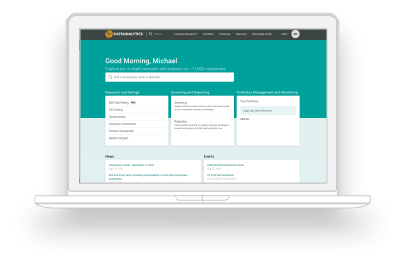 Access our research through our user-friendly investor interface with easy to use screening and reporting tools. You can also access onscreen & PDF reports 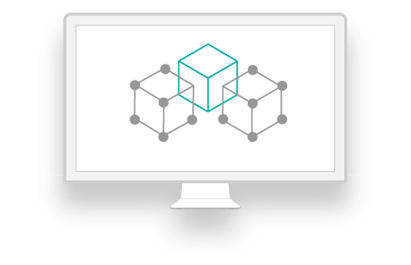 Access our research through an internal or a third-party system of your choice: Bloomberg, Factset and Markit

Consistent approach to ESG assessments across the investment spectrum.

As recognized by Environmental Finance and the Climate Bonds Initiative.

Activision Blizzard CEO considers departure Activision Blizzard CEO Bobby Kotick has reportedly signaled his potential resignation in case the company’s sexual harassment and cultural issues are not resolved with sufficient haste. Recently, around 1,330 employees petitioned Kotick to resign following media allegations that he had ignored and failed to disclose sexual harassment and gender discrimination complaints from female employees. Additionally, a group of shareholders has called for the CEO’s resignation, the retirement of the Chairman and the Lead Independent Director, and the nomination of a non-executive Activision Blizzard employee to the board. In response, the company announced that it had formed a fully independent “Workplace Responsibility Committee” tasked with overseeing the company’s progress on workplace culture improvement, adding that it “is working” on adding a “new, diverse” director. The controversy around Activision Blizzard emerged in July 2021, when the California Department of Fair Employment and Housing announced that a two-year investigation had revealed sexual harassment and discrimination practices at the company.

Toshiba prepares three-way split Toshiba has announced plans to split into three freestanding businesses, respectively focusing on 1. energy and infrastructure, 2. hard disk drives and power semiconductors, and 3. Toshiba’s current stake in Kioxia Holdings, Toshiba Tec Corp., and other assets. This plan is the result of a five-month review triggered by the resignation of former CEO Nobuki Kurumatani in April 2021. This resignation came a week after the company declined a USD 21 billion takeover offer by CVC Capital Partners and two months before a shareholder-commissioned investigation concluded that management had colluded with Japanese government officials to curb oversees shareholders’ influence at the 2020 AGM. The review had also considered the possibility of going private, although discussions to this end with private equity funds ultimately failed to bear fruit. An extraordinary meeting to approve the split is scheduled for March 2022, with the split expected to be finalized by March 2024. However, initial media reports suggest that the plan could face some degree of investor opposition when put to vote.

Boeing settles lawsuit over 737 MAX safety Boeing’s board has agreed to a USD 237.5 million settlement in a lawsuit brought by major investors over the board's safety oversight of the 737 MAX aircraft. Investors claimed that the board members “failed in their fiduciary responsibility” to protect the company and its stakeholders. Two fatal 737 MAX crashes in 2018 and 2019 killed 346 people and have cost the company around USD 20 billion. In September 2021, a Delaware court ruled that investors could bring claims against the board, as the directors ignored the first crash as “a red flag.” Nevertheless, the settlement is not expected to include admission of board wrongdoing, and the financial penalty will be paid by insurers. Going forward, Boeing will be required to adopt several measures to enhance its governance and oversight. Under the settlement, the company must appoint an additional director with safety oversight or aviation/aerospace expertise within one year, while ensuring that at least three directors have similar expertise. Additionally, the company must amend its bylaws to separate the CEO and Chairman positions and set up an ombudsperson program in charge of internal complaints from employees on behalf of the Federal Aviation Administration. Softbank announces USD 8.8 billion buyback program SoftBank has announced the repurchase of circa 15% of its own shares, estimated at JPY 1 trillion (USD 8.8 billion). CEO and founder Masayoshi Son states that the board approved the buyback in response to the firm’s estimated trading discount of 52%. The company also announced significant quarterly losses, mainly due to the poor performance of its Vision Fund, whose Chinese investments have suffered from regulatory pressure and a share price decline. Following the announcement, the company’s share price increased by more than 10%, after it lost 40% of its peak value from May 2021 when a JPY 2.5 trillion buyback program was completed. Reuters | Yahoo | City A.M. The Williams Cos. loses appeal on blocked poison pill plan The Delaware Supreme Court has upheld a February 2021 lower court ruling barring the continuation of the poison pill adopted by the Williams Cos. in March 2020. Earlier this year, the company appealed the initial decision of the Delaware Chancery Court that blocked the company’s plan on basis that it included “extreme” measures, most notably a 5% ownership trigger. In 2020, amid the beginning of the Covid pandemic and an oil price war that caused the company’s share price to plummet, the company’s board enforced a poison pill which was contested by shareholders and used as grounds for a shareholder lawsuit against the company and its board. Reuters | Bloomberg | Delaware Court Copyright ©2021 Sustainalytics. All rights reserved Reuters | WSJ | Market Watch | Seattle Times