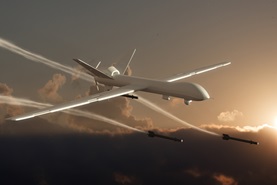 The Governance of Killer Robots: What Investors Should Know

The ethical implications of lethal autonomous weapons systems (LAWS), often referred to by their dramatic moniker ‘killer robots’, have long been a topic of interest. Until recently, debates about LAWS were relegated as hypothetical, with the technology assumed to be under development and out of reach. Such assumptions may be due for reevaluation, and while a firm conclusion is yet to be drawn, it is worthwhile presenting them to the ESG investment community. 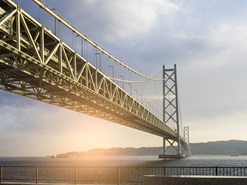 What’s Happening in Sustainable Finance: The Nuance of ESG Ratings, the Impact of Climate Change on Sport, and “Code Red” for Humanity

Discussing diverse sustainability and green finance topics including the momentum behind sustainability-linked bonds, the latest IPCC report as well as recent sustainable finance deals and transactions. 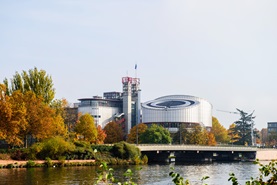 Bringing Investors and Companies Together to Accelerate Human Rights Progress

Human rights issues have been rising on the responsible investment agenda in recent years. The COVID-19 pandemic and the Black Lives Matter movement have provoked even more pointed discourse on the topic. The European Union’s current efforts to introduce rules to hold companies accountable for social and environmental risks in their supply chains further accelerate that ascent. This wave of legal requirements and normative expectations is impacting financial markets worldwide, with responsible business regulations already in place or quickly becoming valid.

Watch the replay of our climate experts and business leaders for a multi-faceted discussion about the risks and opportunities associated with the transition to Net Zero. Our virtual conference brought together global thought leaders to share their insights on:

At its 2021 AGM, Frasers Group shareholders approved a GBP 100 million compensation scheme for incoming CEO Michael Murray, amid backlash from independent investors. While the remuneration policy was supported by nearly 85% of votes cast, there was around 49% dissent among independent shareholders. 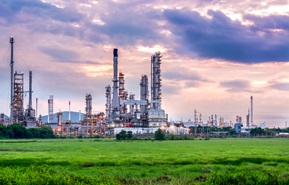 Watch the replay of Sustainalytics’ Member-Hosted-Meeting from CII’s 2021 Fall Conference, where our esteemed panel explored Investing in Water for Positive Impact

With the threats of climate change and the existing inequalities in natural resource access and availability around the world, ensuring an adequate supply of clean water is necessary to ensure the well-being of all people across the world.

This checklist that breaks down five key steps and action items for putting social impact reporting into practice.

In this ebook, corporate borrowers will gain insight into the increasingly popular sustainability-linked loan instrument and how it can support corporate ESG improvements.

While global green bond issuance has been growing rapidly, these instruments still represent a niche segment of the global bond market. Join Sustainalytics during Climate Week NYC for a virtual event on Navigating the Fast-Evolving Sustainable Debt Market.

Know Where You Stand With Corporate ESG Benchmarking

In this post we discuss why companies should generate a corporate ESG benchmark against their peers, explain how they can go about this exercise, and highlight how they can use that information to advance and enhance their own corporate ESG initiatives.

Getting to the S in ESG: Five Steps for Effectively Reporting on Social Impacts

This article covers five essential steps for your organization to consider when reporting on your firm’s social impacts. Impact of Climate Change and Extreme Weather on Essential Services

Utilities have found themselves in the literal and metaphorical eye of the storm over the last year as hurricanes, floods and wildfires of increasing frequency and strength have wreaked damage on their assets. In late August, Storm Ida made landfall in Louisiana, USA and devastated the power grid lines. Entergy, the utility operating in Louisiana, supplying most of New Orleans, restored 90% of the supply only by mid-September, with 87,000 customers still without power.

This article covers eight business cases to make for social impact reporting so that leaders can make social impact a priority for their ESG strategy.