﻿Former McDonald’s HR Head faces landmark ruling The Delaware Court of Chancery has ruled that corporate officers have the same oversight obligations as corporate directors under Delaware law. The decision paves the way for a shareholder lawsuit filed against former McDonald’s executive David Fairhurst in 2021. Fairhurst, who served as the firm’s Global Chief People Officer from 2015 until his termination in 2019, is accused both of breaching his fiduciary duties by permitting a corporate culture of sexual misconduct and of engaging in sexual misconduct himself. Fairhurst had argued that he could not be sued, citing purportedly precedential rulings that such oversight rests solely with directors

﻿Beijing takes golden shares in Alibaba units The Chinese government has acquired golden shares in two Alibaba subsidiaries, allowing it to exert veto power over major decisions while maintaining a relatively modest equity investment. A unit of state-backed Zhejiang Media Group first acquired such a minority stake in one Alibaba subsidiaries in September 2022, and an arm of the Cyberspace Administration of China (“CAC”) acquired a minority stake in another subsidiary in January 2023.

﻿Beijing takes golden shares in Alibaba units The Chinese government has acquired golden shares in two Alibaba subsidiaries, allowing it to exert veto power over major decisions while maintaining a relatively modest equity investment. A unit of state-backed Zhejiang Media Group first acquired such a minority stake in one Alibaba subsidiaries in September 2022, and an arm of the Cyberspace Administration of China (“CAC”) acquired a minority stake in another subsidiary in January 2023.

﻿Global investors pressure Glencore over coal production A group of investors with a combined USD 2.2 trillion in assets under management has submitted a shareholder proposal to the AGM of Glencore Plc, calling for improved disclosure on the commodity giant’s thermal coal operations and the alignment of these with the group’s public commitment to support the Paris Agreement’s goal of limiting global warming to 1.5 °C. The resolution constitutes a significant escalation of pressure on the mining company, which had already seen nearly a quarter of shareholders reject its climate progress report in April 2022.

﻿EU Parliament approves directive boosting female board representation The European Parliament has approved a directive requiring the “underrepresented sex” to make up 40% of non-executive director roles or 33% of all director roles of publicly listed EU companies, excluding small and medium enterprises, by June 2026. According to the “Women on Boards” Directive, which was passed 10 years after it was first proposed by the European Commission, companies will have to annually report on board gender representation to authorities and, in case targets are not met, explain how they plan to attain them. Additionally, Member States will have to set up a penalty system, including fines or annulment of director selection, for noncompliant companies.

Intel changes performance metrics for CEO’s new-hire award Intel has amended the new hire agreement for CEO Pat Gelsinger by increasing the share price growth target from 30% to 50%, extending the post-grant vesting period from three to five years, and increasing the number of trading days during which target prices need to be maintained from 30 to 90 days. The decision comes after more than half of votes cast by shareholders at the 2022 AGM opposed the company’s remuneration report. 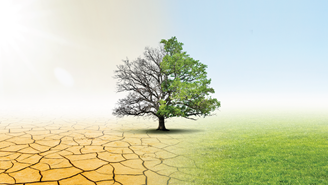 Physical Climate Risk: Preparing Your Portfolio for a Changing Climate

﻿Renault to potentially spin off EV line and partner with Geely French carmaker Renault Group has announced plans to split its activities into five separate businesses: “Ampere” (electrical vehicles), “Power” (combustion- and hybrid-engine assets), “Alpine” (sports cars), “Mobilize” (financial services), and “The Future is Neutral” (recycling activities). The company is considering listing Ampere on Euronext Paris in 2023 and has said that it will welcome external investors while maintaining a “strong majority.” In collaboration with The Water Council, this report explores the notion of contextual water risks impacting agribusiness operations and sourcing in the Great Plains region of the United States.

Petrobras to pay massive third quarter dividend Petrobras has approved the payment of around BRL 43.68 billion (USD 8.4 billion) in Q3 dividends. Of the total dividend, around BRL 20 billion (USD 3.9 billion) will go to the Brazilian federal government, Petrobras’ controlling shareholder. 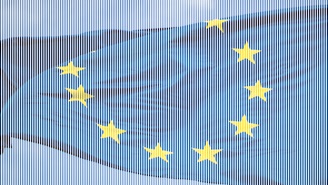 Learn what the EU Action Plan is, its objectives, and the importance of taking immediate action to comply with its various regulations including the EU Taxonomy Regulation, Sustainable Finance Disclosure Regulation, and the EU Benchmarks Regulation.

SEC adopts new rule on executive compensation clawbacks The U.S. SEC has adopted new rules requiring publicly traded companies to recover incentive-based executive compensation if that pay was awarded based on a misstated financial performance measure. The SEC had originally proposed a clawback rule in 2015, but it remained dormant until 2021.